This exceptional paper appeared in the Atlanta Medical and Surgical Journal, a relatively minor publication, in 1888. Thanks to its sensational subject matter it was soon picked up by journals all over the world. The author was a general practitioner who worked mainly in Birmingham, Alabama:

In the spring of 1887 I was called to see Mrs. B., aged 19. She had been married about one year. She gave me the history of the case as follows: had not menstruated for two months; pain in left side, and had distressing nausea and vomiting; loss of appetite except for certain articles of diet, but everything vomited when eaten. She had headache and fever; complained of pain above pubis. She thought there was an internal abscess or tumor forming there.

Only now does Dr Whaley reveal the most important fact about this most unusual of patients.

Dr Whaley does not name her, but his patient was a woman called Myrtle Bicknell, whose physical abnormalities were probably unique. The embryo from which she had developed had begun to split apart at an early stage of gestation – a process which would usually result in identical twins. But in this case it had not run to completion, and resulted in a single fetus with several unusual anatomical duplications.

Myrtle’s spine split into two at the level of the third lumbar vertebra, and from the lower back downwards her entire anatomy was double. Though she had only one stomach, the large intestine also bifurcated. She had four legs (two of them rather small and weak). In her early teens, under her maiden name Myrtle Corbin, she had been exhibited in freak shows as ‘the four-legged girl’.

Thankfully she was able to escape this rather seedy, exploitative world and in adulthood lived a normal life.

She had menstruated regularly from both sides simultaneously until two months ago. Sometimes one bowel would act when the other would not. Again one bowel would be loose, have diarrhoea, and the other be constipated.

The doctor was unsure about a diagnosis, so prescribed some painkillers and arranged to see her again a few days later. But certain suspicions were beginning to form in his mind.

At the same time I wondered if it could be a case of pregnancy in such an anomaly. I visited her again according to promise, and found her with about the same train of symptoms, with severe paroxysms of pain in left side. Diagnosis not yet made out. I promised to call again in a few days, but before I returned I was sent for in the night. Found her with high fever; had two chills; pain still severe in left side and over left pubis; nausea and vomiting no better.

Dr Whaley prescribed a quinine enema to reduce her fever, and administered painkillers and an antiemetic.

I found by examination that the left abdomen was becoming gradually enlarged. By digital examination and by ballottement, by comparison of the two uteri, I found the enlargement was in the left uterus.

In the days before ultrasound scans and blood tests, doctors used a technique known as ballottement to diagnose pregnancy. It involved tapping the cervix with the fingers and feeling for the tell-tale echo that would indicate the presence of a fetus.

I still thought it might be pregnancy and informed her mother of my apprehensions and promised to see her again.

A few days later the doctor returned and found the fever had retreated, but Myrtle was still nauseous.

I made another examination and gave my opinion that she was pregnant in the left side, instead of a tumor, as she had thought. She replied, “I think you are mistaken.” I asked her why she thought so, and she answered, “If it had been in my right side I would come nearer believing that you are correct.”

A remark that reveals a type of sexual preference that very few have ever been able to express.

I told her that I had excluded everything else and thought I was right.

And so it proved. But Dr Whaley had serious fears about his patient. She was in poor health and losing weight quickly. He continued to visit her regularly for about a month, by which time she had become quite emaciated. Concerned that if the pregnancy were allowed to continue any longer she would die, he called in two of his colleagues for consultation. They all agreed that to save the woman’s life the pregnancy should be terminated, and shortly afterwards performed an abortion.

There is, however, a happy end to this story. Dr Whaley (and colleagues) may have been correct in their assessment that Myrtle’s life was in imminent danger, and that a termination was therefore called for. But the doctor also suggested that her abnormal anatomy made it impossible to carry a pregnancy to term, and in this respect he was certainly wrong. Myrtle went on to have four healthy children, lived a long and happy life and died in 1928 at the age of 60 at her home in Texas.  Several medical papers were published about her in the late 1880s and early 1890s, one of which included this colour portrait: 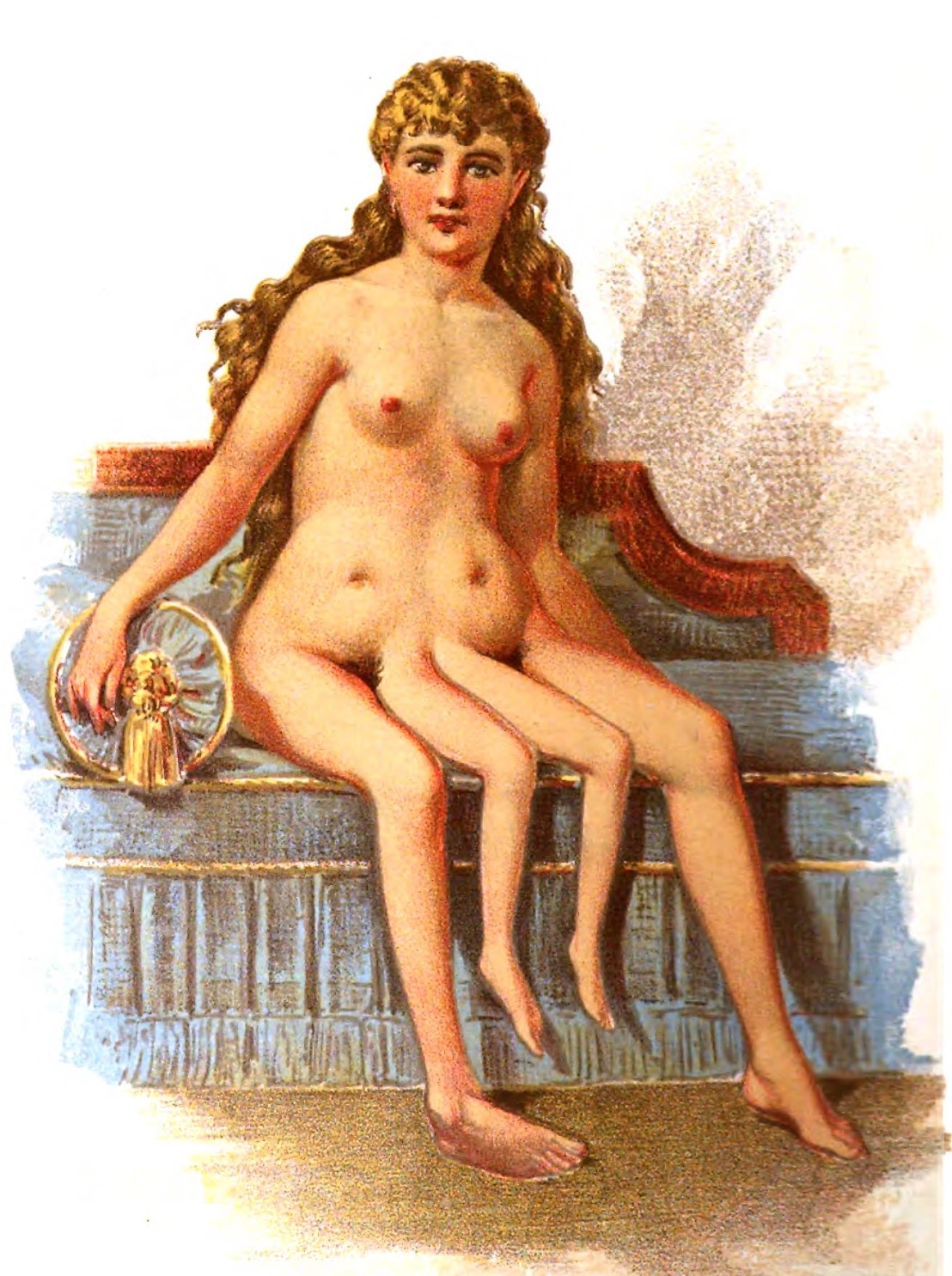 Myrtle as an adult