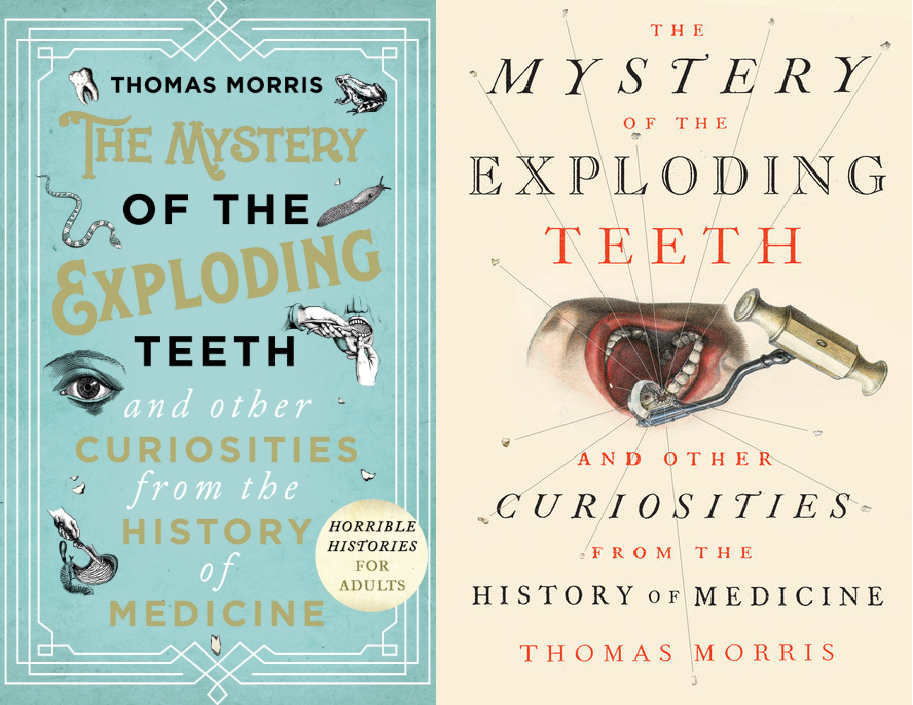 The Mystery of the Exploding Teeth, my collection of hilarious and wince-inducing oddities from old medical journals, is out now.

A sailor who swallowed dozens of penknives for a bet. A student who fought a duel in his sleep. A mysterious outbreak of dental detonation. A soldier who operated on his own bladder stones. And the Amphibious Infant of Chicago, a baby that could swim underwater for half an hour at a time.

These are just a few of the strange and wonderful tales I’ve collected from early medical journals – now available for a modern audience to enjoy for the first time.

Ranging from seventeenth-century Holland to Tsarist Russia, colonial India to the American West, these stories are by turns funny, bizarre, poignant and sometimes downright implausible. But they all have one thing in common: they are all entirely genuine case reports.

Some are perplexing illnesses – like the woman from Rhode Island who began to urinate through her eyes, ears and even her navel. Others document a few of the strange remedies used by early doctors – including crow’s saliva, mercury cigarettes and even the anus of a living pigeon. And you’ll also learn the unexpected dangers of such innocent activities as cycling, writing and wearing a hat.

The Mystery of the Exploding Teeth is published by Bantam in the UK , and by Dutton Books in North America. It is also available as an audiobook, narrated by Rupert Farley and the author.

Praise for The Mystery of the Exploding Teeth:

“The vast amount of material from diverse sources will amuse readers and leave them shaking their heads… [an] informative, fascinating look at the history of medicine.”  — Library Journal

“A wonderfully gruesome tour of inexplicable illnesses, questionable remedies, jaw-dropping operations and recoveries that defy logic… a fascinating window into the world of medical oddities… This tour of strange and unbelievable medical cases from history is funny and terrifying in equal measure.” — Shelf Awareness

“Delightfully horrifying…Do yourself a favor and preorder it so that you can gross everyone out at Thanksgiving.” — Popular Science

“The Mystery of the Exploding Teeth is such a weirdly wonderful tour through the history of medicine – from wandering bullets to apparently evil cucumbers – that on one level it’s just pure fun to read. But Thomas Morris’ intelligent story telling also makes it a fascinating look at medical history with all its mistakes, superstitions, and eventual understanding of the ever mysterious human body.”  — Deborah Blum, author of The Poison Squad