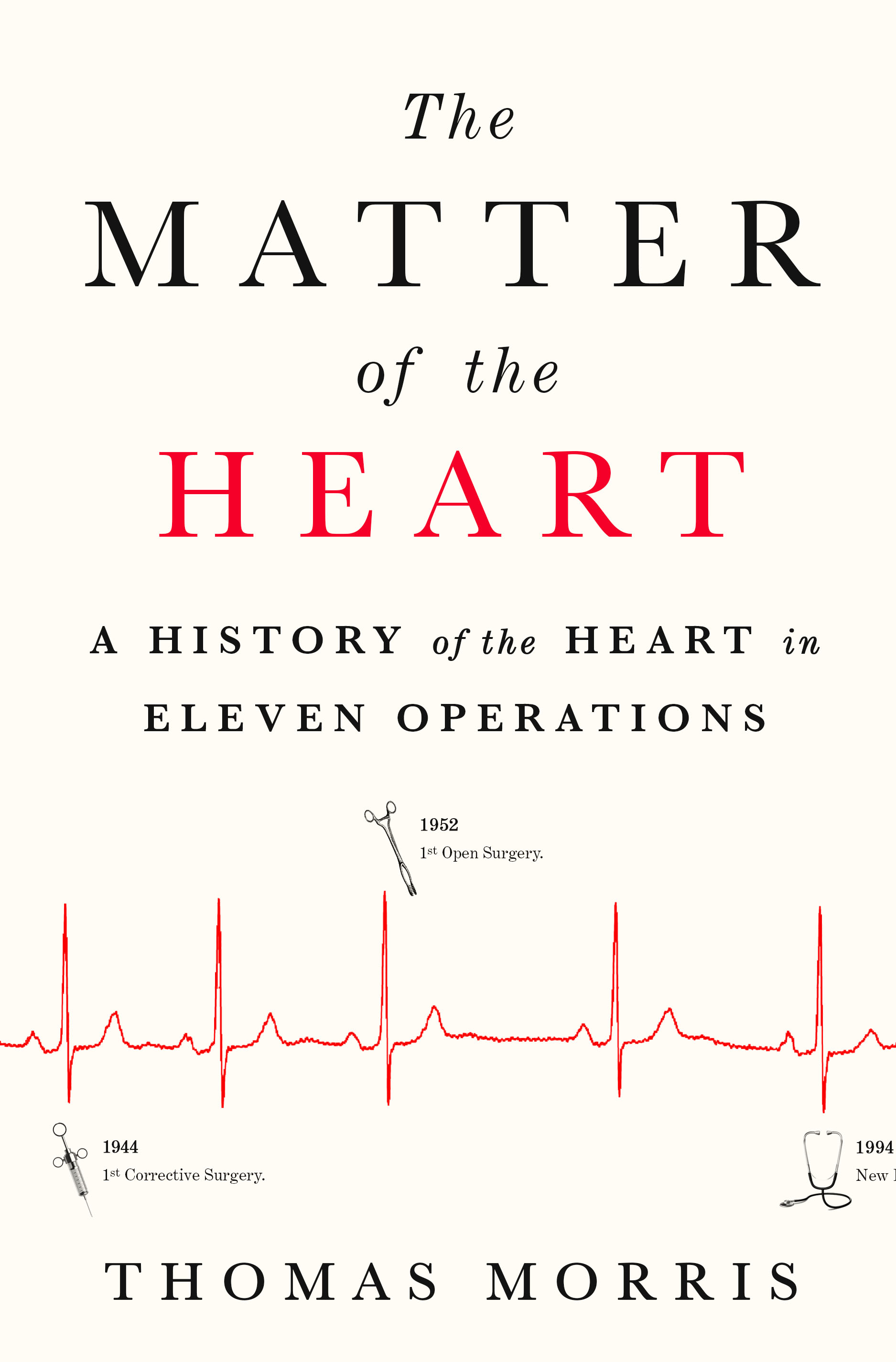 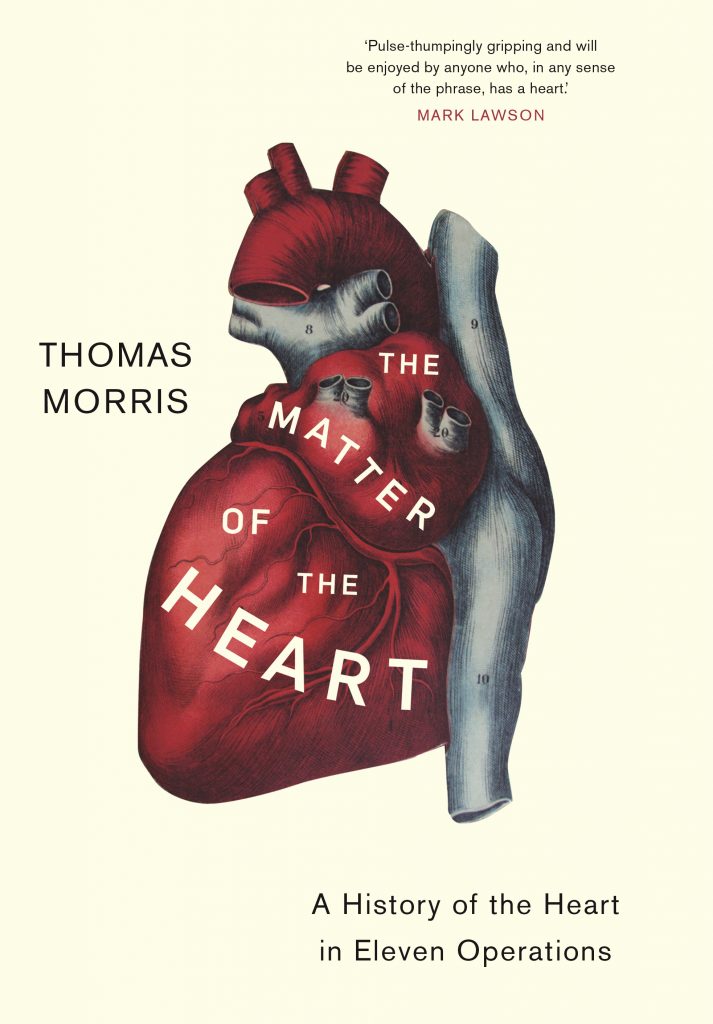 My book The Matter of the Heart is out now, published by The Bodley Head in the UK and by Thomas Dunne Books in the US.

Or here to buy the US edition.

The Matter of the Heart provides a thoroughly researched and detailed account of the major advances in cardiac surgery….Mr. Morris does an admirable job of capturing the agony and the ecstasy of those turbulent times… a thoroughly engaging history.   (Stephen Westaby, author of Fragile Lives, The Wall Street Journal)

Because of [its] rich cast of characters, The Matter of the Heart is more than a litany of medical advances — it’s the story of the gritty, bloody and deadly experiences that underlie scientific progress.  (Erin Blakemore, The Washington Post)

Fifty years ago the South African surgeon Christiaan Barnard performed the world’s first heart transplant – the most celebrated operation in medical history. Half a century on, cardiac surgeons are still breaking new ground in their attempts to save lives.

The Matter of the Heart tells the story of cardiac surgery in eleven landmark operations. It describes the rapid emergence of the discipline and the surgeons who made it possible, from the very first cardiac repair in 1896 to the latest techniques, which make it possible to operate on infants in the womb.  It’s a story of remarkable courage, ingenuity and increasing technological sophistication – but also one of giant egos and bitter feuds.

Written for anybody interested in technology, science or the history of human endeavour, The Matter of the Heart demonstrates how a pioneering generation of doctors in the early 20th century overcame a longstanding belief that the heart was out of bounds to the scalpel. It explains how the organ works, what can go wrong and how it can be fixed – and details the amazing lengths pioneering surgeons were willing to go to in order to improve the survival prospects of their patients. Those surgeons and their patients are prominent characters in this drama, but it’s also a history of risk-taking, technology, and our changing attitudes to the organ itself.

In November 2015 The Matter of the Heart won an RSL Jerwood Award for non-fiction.

The research that has gone into this book is simply staggering, and Morris has achieved much more than a history of heart operations. The Matter of the Heart is about the mad scientists of the post-war period, the unacknowledged backroom boys, the heroic guinea pigs. It is a study of human beings driven by Olympian ambition and bottomless curiosity. It is, in the end, a book about wonder. And a wonderful book.  (Frances Wilson, The Telegraph)

Thomas Morris does for the history of cardiac surgery what The Right Stuff and Hidden Figures did for the space race… The book is – appropriately – pulse-thumpingly gripping and will be enjoyed by anyone who, in any sense of the phrase, has a heart.   (Mark Lawson)

Tremendous. An exhilarating sweep through ancient history and contemporary practice in surgery of the heart. It’s rich in extraordinary detail and stories that will amaze you. A wonderful book. (Melvyn Bragg)

Crammed full of compelling characters and dramatic scenes, this book gets to the heart of a fascinating matter and demonstrates why it matters so much.  (Thomas Wright, author of Circulation)

Thrilling … Significant and often immersive… The “dizzying” story of heart surgery is every bit as important as that of the nuclear, computer or rocket ages. And now it has been given the history it deserves  (James McConnachie, Sunday Times)

Fascinating and compelling… There are also remarkable tales of survival against the odds, perseverance, ingenuity and awe-inspiring feats… Morris deftly constructs an engaging narrative that covers a vast range of material.  (Manjit Kumar, Literary Review)