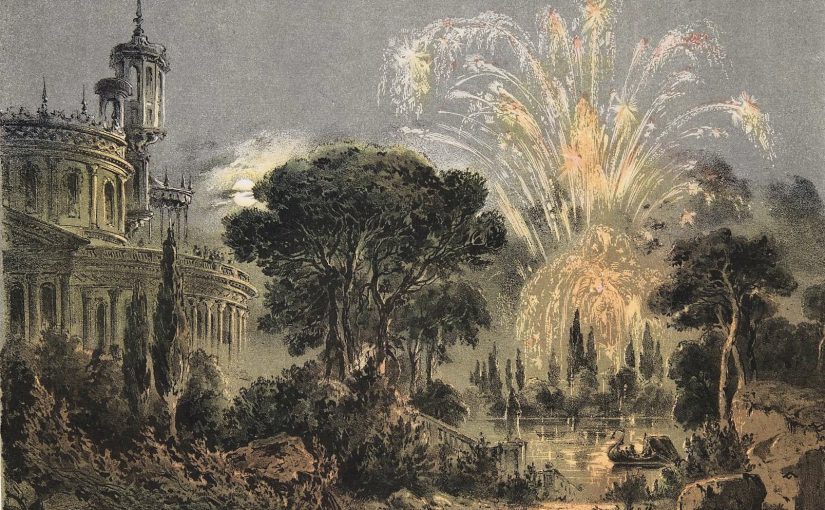 It’s Guy Fawkes Night, the annual festival when we British celebrate (inter alia) the barbaric torture and execution of a religious dissident four hundred years ago by setting off brightly-coloured explosions in our gardens and public spaces.

Which of these activities do you think is more immoral: selling fireworks to children, or sending them up chimneys? Surprisingly, the sale of fireworks to minors was regulated as early as 1860 – a full fifteen years before the government got round to banning child chimney-sweeps.

Still, fireworks are very dangerous, and there are numerous accounts of injuries caused by their careless use from the earliest era of medical journals. This particular cautionary tale was published in the British Medical Journal in 1936, contributed by a London doctor called A.L. Craddock:

While I was acting as locum at Hove recently a partner of the firm, Dr. H. J. Crawford, was called out to a youth of 20 who had been injured by the explosion of a firework. Apparently he had just applied a match to a harmless sort of firework lying on a table when there was a loud report and he felt a tearing pain in the right side of the scrotum.

It is not clear to me why he was lighting a firework ‘lying on a table’, a scenario which suggests he was indoors.

On examination a ragged wound was found on the anterior surface of the scrotum, in the floor of which the testis was visible: this wound was stitched.

Nasty. The explosion had torn a hole in the poor chap’s scrotum. 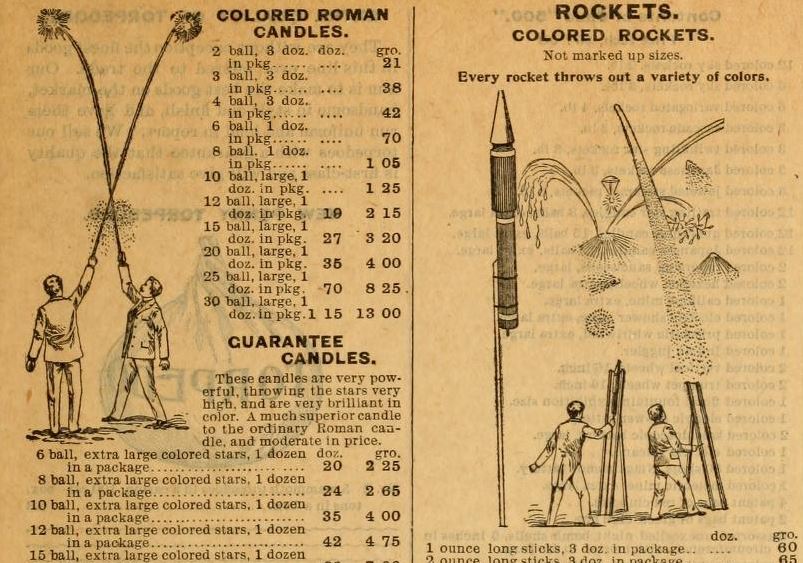 The following day I was asked to see the lad, and on inquiring further into the history I was shown a small, irregular piece of glass which had been picked up at the time and might very well have caused the injury. The patient complained of considerable pain, and there was slight fever and anorexia. The right side of the scrotum was swollen, and there was some induration and marked tenderness. The wound was unhealthy, so I removed the suture, and a little brown serous fluid came out.

Infection presented a very serious danger for this patient: there were no antibiotics in 1936. The first effective antimicrobial drug, Prontosil, had been released on to the market the previous year, but was not yet widely available.

These primitive measures were little different from those a doctor might have used a century earlier: fomentations or poultices were little more than a water bath. Magnesium sulphate was used as a dressing for wounds, and was thought to reduce the incidence of infection.

The next day the swelling was increased, and the patient complained of pain in the right inguinal region, which was very tender, but no glands were palpable throughout the illness.

The inguinal region is the groin. Four days after the original injury there were signs that infection had set in, with obvious inflammation. The patient had a high temperature, and his pain was so severe that he could not sleep.

On the seventh day the scrotum was three times the normal size, but there were no signs of suppuration. The wound was closed and fomentations continued.

A scrotum three times the normal size is a painful scrotum.

Two days later there was evidence of localization of pus at the lower pole, and drainage was decided upon.

Sensible: the doctors had detected an abscess, and realised that they needed to drain it to remove the source of infection.

A general anaesthetic was given by Dr. Crawford, and an incision one and a quarter inches long made over the site of the pointing. A finger was inserted and several ounces of foul pus evacuated. The pus had a somewhat faecal smell and odour.

Being a doctor is all about the glamour, isn’t it?

The abscess cavity was very large, and appeared to be formed by the tunica vaginalis.

The tunica vaginalis is a sac inside the scrotum and surrounding each testis. It is a common locus for several types of lesion.

The testis, greatly enlarged, formed the postero-internal wall of the cavity. To ascertain its upper limit I passed a finger superiorly and came upon a hard object occupying the posterior wall. On extraction with forceps this proved to be a firework casing 1¼ inches long by ½ inch wide and ⅛ inch thick.

It seems extraordinary that the explosion of a firework could cause a fragment of cardboard to penetrate trousers and shirt and enter the scrotum, to lodge finally against its posterior wall.

Indeed it does. You have been warned.