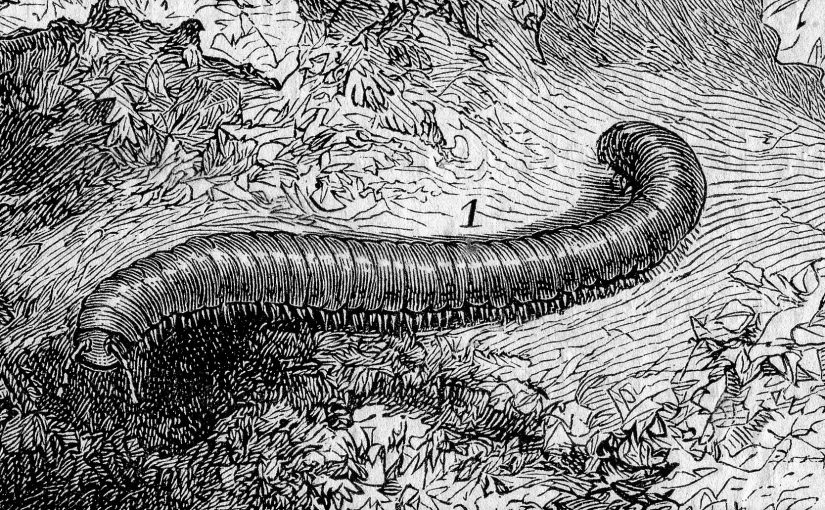 Here’s a medical short story with a sting in the tail, first told in the French Gazette des Hopitaux in October 1860. The author is a Monsieur de Saint-Laurent, a surgeon at the  Hôpital Cochin in Paris.

L– George, aged four months, of a fine constitution and not emaciated, arrived at the hospital on June 20 1860. The mother told us that for a month her child had vomited continually, and that the attacks had coincided with convulsions which appeared repeatedly, day and night.

Worrying indeed – and surprising that an infant that had been vomiting so regularly and for so long was not more gravely ill.

The very next day, indeed, we witnessed one of these convulsive attacks. Suddenly the child cried out, lost consciousness and collapsed in his mother’s arms. His face was puffy and congested, his breathing became rapid and the limbs on the right side of his body went into spasm and turned outwards, all the way to the fingertips; the thumb was flexed in the palm of the hand and grasped by the other fingers.

An alarming spectacle, particularly for his poor mother. After a few minutes the worst of the seizure had passed; but the attack was not quite over.

At the same time the boy’s head was tilted to the left; both eyes were constantly directed to the same side and could not be brought to the right, no matter what was done to make them change position.

The left half of the child’s face twitched uncontrollably, with the mouth distorted into a strange leer. His left eyelid fluttered, while the right eye stared fixedly ahead. This lasted for a quarter of an hour, after which the child returned to normal.

Since his birth this child has had diarrhoea, although well fed by his mother, who appears to be a good nurse. He coughs and sneezes very often; he has a large belly. There was no apparent rattle in his chest.

During the course of his first full day in hospital the child suffered several similar attacks. Every time they occurred it was notable that the two sides of his body were differently affected. His left side would go into convulsions, while the muscles on the right would become immobile. The surface of his body was hot.

The mother told us that, ten or twelve days ago, her child had a red, irregular rash on his body, particularly the face and neck; there was no trace of it, however, on the body; and we did not find any trace of desquamation.

Desquamation is peeling of the skin. This combination of symptoms – high temperature, a patchy rash and suspected febrile convulsions – would worry many parents, since it sounds as if it might be the dreaded meningitis. The doctors came to a similar conclusion.

Although nothing untoward was apparent on auscultation of the chest, the history of cough, diarrhoea and vomiting were suggestive of the onset of tubercular meningitis; so treatment was chosen accordingly.

Tubercular meningitis is an inflammation of the meninges – the brain lining – caused by the tuberculosis bacterium. The treatment consisted of a mixture of zinc oxide, belladonna and powdered sugar, which was administered every hour.

This treatment appeared immediately to have appreciably modified the convulsive state.

Belladonna (deadly nightshade) was widely used as an antispasmodic in the nineteenth century, and it does in fact contain a known muscle relaxant, atropine. It is not beyond the realms of possibility that it was effective in this case. The sugar was not a bad idea either, since the child was known to be vomiting and probably malnourished.

On July 2nd the doctors described the child’s condition:

The pupils of both eyes were very dilated; the right side of the body was not very mobile; the child grasped objects presented to him with his left hand, but not with the right. Moreover, there was abundant discharge of sero-purulent, bloody matter from the right ear, a symptom not previously mentioned to us by the mother. Emollient injections to be administered several times a day to the affected ear.

Interesting. This ‘sero-purulent’ – straw-coloured, and possibly the result of infection – fluid was a significant finding. The unfortunate child suffered several more convulsive attacks, and there were signs of right-sided paralysis. The doctors started to doubt their initial diagnosis:

Our previous opinion that this was tuberculous meningitis seemed to lose much of its reliability in the presence of a decrease in the frequency and duration of the seizures; several days passed which did not correspond with the well-known course of meningitis.

The doctors only became more mystified as time went on. Vomiting became the main symptom, with very occasional seizures. And then, on July 19th, events took an entirely unexpected turn:

That day the mother, having just made an injection into his right ear, saw a black dot which she assumed to be an accumulation of dirt. She tried to remove it with a pin; but, to her astonishment, she pulled out an insect between 2 and 5 cm in length, which she handed over for our inspection.

Well, you would be astonished, wouldn’t you?

This insect, which was dead, had an elongated body formed by fifteen segments with legs on each side, each segment appearing to bear two pairs. The head, clearly distinct from the body, had two mandibles formed of two separate pieces; beneath them were its mouthparts, divided into four equally articulated pieces. On top of its head were a pair of short antennae, with a bulge at the tips, composed of seven segments. The posterior part of the insect was missing. These characteristics allowed us to identify it as a member of the genus Iule (centipedes), belonging to the class of Myriapodes.

Iule is an antiquated name for Julida, an order of millipedes – in the nineteenth century, the terms ‘millipede’ and ‘centipede’ were often used interchangeably. Since there are almost 600 known species endemic to Europe alone, heaven only knows what this specimen was.

In the light of this new fact, the internal treatment was suspended.

One can understand why – although, as we’ll see, the nature of the illness may not, after all, have been very different from the doctors’ original diagnosis.

It took some time for the symptoms to resolve – the child had, after all, been seriously ill. His recovery was complicated by an apparent relapse: the vomiting reappeared and his face became swollen. The doctors soon realised, however, that this was caused by nothing more worrying than the appearance of a couple of teeth:

Indeed, as soon as these two teeth had completely pierced the gum, convulsions and vomiting ceased and did not reappear. Today, this child is very happy, moves the arms and legs on both sides of his body equally well, has good hearing with the right ear, and, in short, bears no trace of the serious mishap he has just undergone.

It’s certainly a remarkable case history. Was the millipede the cause of this mysterious illness? It would certainly appear so, since the child’s recovery coincided with its removal from his ear. Most of the symptoms – the seizures and one-sided paralysis (hemiplegia) – sound neurological in nature. One intriguing observation is the ‘sero-purulent’ liquid discharged from the ear; this may have been cerebrospinal fluid (CSF), the clear fluid found in the brain and spinal cord.

The auditory canal is very close to the dura, the outer lining of the brain, and it is well established that ear infections can – if left untreated – progress to brain abscess or bacterial meningitis. It therefore seems plausible that local inflammation (or infection) caused by the centipede might have spread to local brain tissue. But I’d be fascinated to know what those more expert than me will have to say about a possible diagnosis. As ever, please feel free to leave your thoughts in the comments.

One thought on “Millipede meningitis”