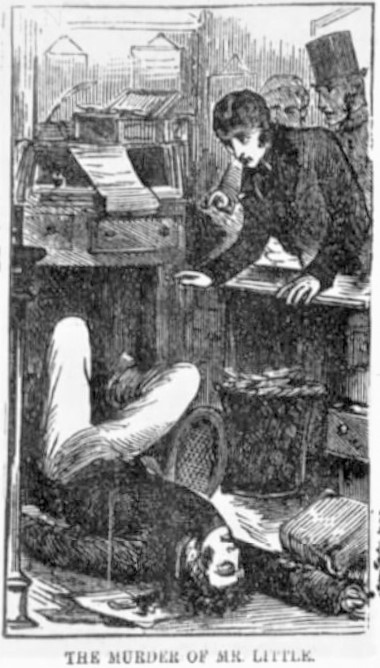 News today of my next big project – I’m delighted to be writing a book for Harvill Secker, for publication in November 2021.

The Dublin Railway Murder tells the story of a notorious crime perpetrated in the Broadstone railway terminus in Dublin in 1856. One morning that November, the station’s cashier George Little was found dead underneath his desk, his throat cut. Thousands of pounds in cash lay around him, apparently untouched. At first it appeared that he had killed himself, but the results of a post-mortem were conclusive: he had been murdered.

And so began one of the most perplexing criminal investigations that Ireland had ever seen. Detectives were mystified: why had the killer ignored so much cash, and how on earth had he entered and then left a room that was apparently locked from the inside? Three of London’s best known sleuths were sent to assist the local police, but soon returned, defeated.

After a frustrating nine months, a surprise confession from somebody who claimed to be an accomplice led to an arrest, and then a sensational trial. For four days the nation was gripped by its twists and turns – and shock outcome. It’s a bizarre and often surprising tale of railways, Victorian detectives and phrenology (yes, really), all set against the fascinating backdrop of nineteenth-century Irish history.

I’m thrilled that this will be Harvill Secker’s first true-crime book – taking its place alongside titles by such great crime fiction writers as Jo Nesbo and Ruth Ware.

There’s a brief write-up about the book in this week’s edition of The Bookseller. Publication is scheduled for November 2021.

6 thoughts on “A real-life murder mystery from old Dublin”