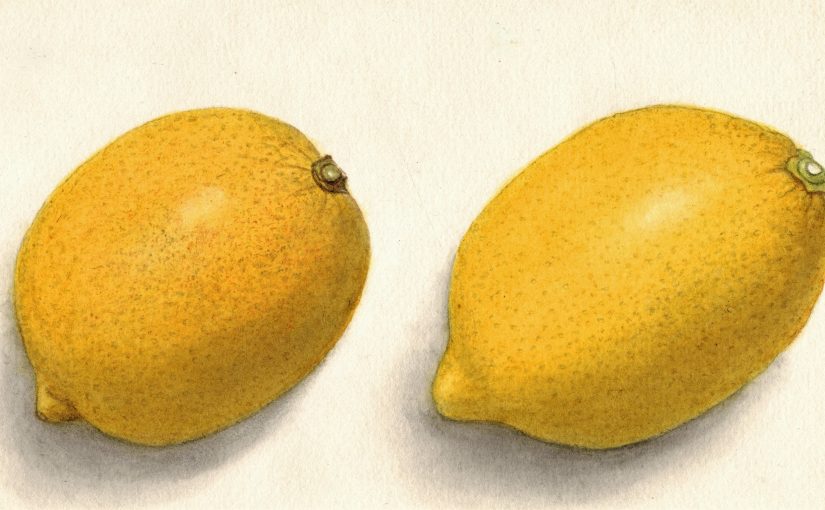 It’s not often that a surgical emergency is caused by a lemon pip. OK, seeds and nuts of all kinds can be a choking hazard, but when was the last time you heard of a lemon-pip-related accident that necessitated emergency eye surgery?

This, published in the New York Medical Record in 1887, is just such a case. It was reported by Dr Miah Sullivan of Dover, New Hampshire:

On the evening of July 16th I was called to attend Daniel F., on account of an injury to his eye. I arrived at his boarding-place and found a young man, about 22 years of age, recently arrived from Ireland, and the appearance he presented eclipses anything I have ever seen.

Dr Sullivan was a late starter in the medical profession; when this case report was published he was still only 30, so it’s fair to say that he had not actually seen very much. However, for most physicians this case would certainly be a career highlight – as you’re about to find out.

He was crossing the kitchen floor, slipped on a lemon-seed, and pitched forward toward the stove, in one of the covers of which was left a cast-iron lifter in an upright position.

A ‘lifter’ is a spatula. Its precise function is not really important – the significant fact is that it was a long thin metal object with a blunt end.

He struck on this just over the eyeball, and as it was driven into the orbital cavity his eye popped out, and when I saw him it was sticking directly out, with both upper and under lids completely inverted behind the eyeball.

A less than pleasant mental image. Part of the difficulty, from a therapeutic point of view, was that the eyelids had inverted, i.e. turned inside-out, preventing the eye from returning into its socket. This the doctor now tried to rectify.

An interesting feature of this case. Cocaine is a useful local anaesthetic which was widely adopted in the 1880s. But the first report on its use for ophthalmic anaesthesia had been published just three years earlier, in 1884, so Dr Sullivan was doing something very much at the cutting edge of medicine.

…and finding I could not get reliable assistance in the house, sent for Dr J.R. Ham. I succeeded in everting the lower lid, but with much difficulty, with a pair of Charriere forceps, locked them, and had them held, and with another pair everted the upper lid, when the eye slipped instantly into place.

The name ‘Charrière’ refers to the manufacturer of the instrument rather than the type, but it is clear from the description that the forceps were like a modern-day surgical clamp, and could be made to lock on to whatever they were holding.

This was a genuine case of dislocation of the eyeball, but I find the works on surgery say very little about them. The vision is now perfect, and the conjunctivitis which followed has entirely subsided. The strain upon the optic nerve was not over 45 minutes.

An infection was to be expected, given that antibiotics had not yet been discovered. But it is surprising and impressive that the patient’s vision returned to normal. The accident might well have damaged the delicate muscles that hold the eye in place and control its movement, and more importantly the optic nerve – any serious injury to which could result in blindness. All in all, a lucky escape; not to mention the only case history I know of in which a lemon pip nearly caused a traumatic enucleation.

2 thoughts on “An uncommon injury”