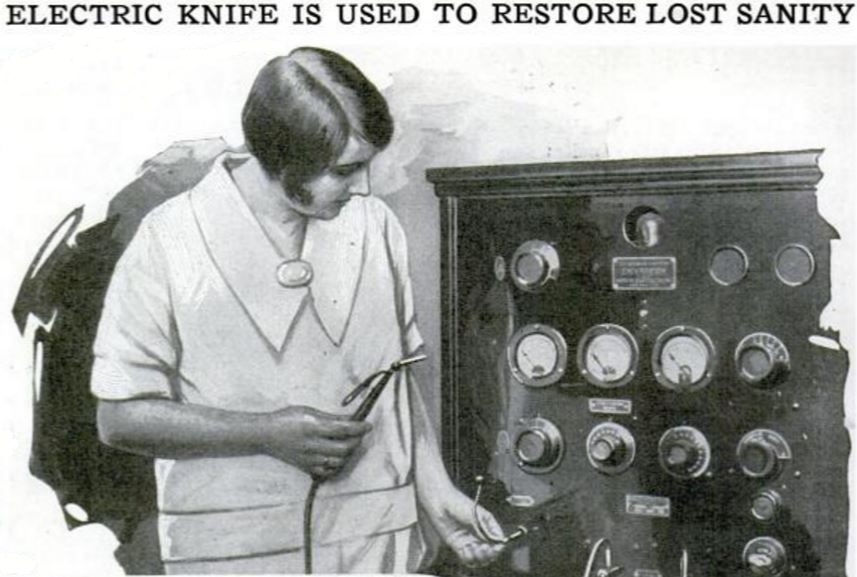 Earlier this week I spent a day in an operating theatre watching heart surgery.  It was one of the most extraordinary experiences of my life: six hours standing by as exceptionally brave and skilful people did things which would have been thought impossible fifty years ago.

Several medics warned me that I might faint: “Lots of people do the first time.”  Having spent hours watching operations online I felt reasonably confident that I wouldn’t, and thankfully I was right: collapsing into the anaesthetic machine or a table of instruments wouldn’t have gone down terribly well.  But nothing can prepare you for the visceral reality of cardiac surgery: the exposed heart pulsating in front of you, the dramatic spurt of arterial blood as a cannula is inserted into the aorta.  And what one sees is only part of the story; the sounds are just as memorable. The dull grinding of the bone saw cutting through the sternum at the start of the operation, the constant alarms from monitoring equipment, and the slurping of the suction tube removing blood from the operative field turn this into a rich sensory experience.

And then there are the smells. Within a short time the nose becomes accustomed to the clean hospital-aseptic tang, and you start to notice new odours. The iodine used to sterilize the skin; the subtler notes of the fluids and flesh of a human body. But overwhelming all of these was a smell quite unexpected to me: the smoky stench of burning flesh.

The source of this smell was an instrument the surgeons used for all but the most delicate stages of the operation: an electric scalpel they call (not entirely accurately) the diathermy knife*.  For many procedures, this instrument is used far more than the conventional scalpel – another feature of surgery which was a surprise to me.  A high-voltage, high-frequency electric current is passed through its blade so that it cuts easily through tissue, cauterizing as it goes.  Its great advantage is that it instantly seals any small blood vessels it severs, preventing haemorrhage. It’s a hypnotic sight, with a blue arc of high-voltage electricity playing around its tip and a plume of smoke rising from any tissue it touches, giving off an aroma of barbecued meat which stayed in my nostrils for hours afterwards.

This looks like the stuff of science fiction. So it came as a surprise to discover that the technology is almost a century old. It was invented in 1925 by William T. Bovie, a plant physiologist who had become interested in the application of electricity to surgery.  In 1927 Popular Mechanic magazine published a short but dramatic article about this exciting new invention:

Bloodless surgery, performed with the so-called ‘radio knife,’ can restore some insane persons to sanity, as well as make possible operations that have never heretofore been possible without fatal results, latest experiments with this remarkable new tool have disclosed. One of the diseases that has always baffled science, tumors of the brain, has been conquered in more than a score of successful operations by a Boston surgeon.

The Boston surgeon was Harvey Cushing, a great early brain surgeon who has been described as the father of neurosurgery.

Under former methods of operating with a keen-edged knife, brain tumors could not be removed because the patient would die of loss of blood.  With the electric knife, which is not a knife at all but only a small, needle-pointed electrode, there is no bleeding.  Advanced cases of this brain disease cause insanity, and in several of the operations which have been performed at Boston the patients were insane before they went under the electric knife, and came out sane again.

Indeed, Cushing’s results using the new instrument were dramatically good: after a few months of experience with it, he called back many of his patients whose brain tumours had previously been thought inoperable.  Although his mortality rates for 1927 were higher than previous years, this reflected the fact that he was now operating on much more seriously ill patients, many of whom were cured. 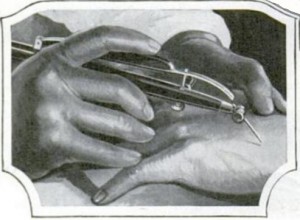 The radio knife got its name because it employs the same sort of high-frequency current that is used in wireless.  Ordinary house-lighting current is ‘stepped up’ to an enormously high voltage and frequency, but only a minute amount is used. Under such conditions, it is possible to pass the current through the body without feeling it, though the voltage is high enough to jump a gap many inches long.  The patient is placed on one electrode and the surgeon uses the other to operate with. An ordinary darning needle, or tool of similar size and shape, is suitable. When the needle approaches the flesh a small arc is formed, and then the current begins cutting its way through the body, coagulating the blood and sealing off the adjacent blood cells as it progresses. By varying the current intensity, it is possible to seal only one thin layer of cells, or seal them to a depth of a quarter inch or more, just as desired.

Even in operations in which large blood vessels must be parted the electric knife provides a seal. The surgeon catches the ends of the severed vessel with small forceps, passes the point of the electric needle over them, and they are sealed as easily as a paper tube could be closed with mucilage. [A type of vegetable glue] Because of its ease of manipulation, and the performance by the knife of work the surgeon formerly had to do by hand, the electric knife has shortened the time of operations materially.

*Diathermy is the term given to remote heating, for instance using microwaves. It’s not clear how surgeons adopted this misnomer: the correct term is ‘electrosurgical scalpel’, although many US surgeons call it the ‘Bovie’ in tribute to its inventor. However, the Bovie Medical Corporation point out that the word is a registered trademark, so discourage the use of the word unless applied to their own instruments.

2 thoughts on “The electric scalpel”