In July 1842 the London Medical Gazette printed one of the most intriguing headlines in the history of the journal:

The story accompanying it was told by George Johnson, a physician’s assistant at King’s College Hospital in London. This is what he had to relate: 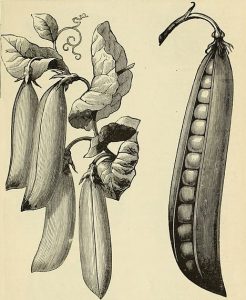 John Lydbury, aged 60, labourer, was brought to the hospital on Monday, June 27th, when it was stated that, since Wednesday the 22d, he had been labouring under obstruction of the bowels, which he attributed to his having eaten a large quantity of peas on the 21st; and that since Friday the 24th there had been retention of urine. During the interval between the 22d and the 27th, when he came to the hospital, he had severe pain in the abdomen, bilious vomiting, and constipation, for which he took purgative medicines, but without effect. At the time of his admission he was very much debilitated, the features pale and shrunken, the skin cold, the pulse feeble. As he was being carried in a chair up to the ward, he suddenly fell, and expired almost immediately.

Not a great start to a hospital stay. Given that he had not been able to urinate for four days it appears that he sought medical attention far too late.

On examining the body 26 hours after death the bladder was found excessively distended, its apex reaching the umbilicus, while its base nearly filled up the brim of the pelvis, and compressed the large intestine, as it passed over the brim into the cavity of the pelvis. The stomach was healthy, and contained about an ounce of liquid. The small intestines were distended with gas; the colon contained a considerable quantity of soft faeculent matter, and was, besides, much distended with gas.

The cause of the obstruction was found to exist in the rectum, which contained upwards of a pint of common grey peas: these had been swallowed in a dry state and almost without mastication.

A quick note for the unwary: it’s generally not a good idea to eat dried, uncooked peas. Particularly in large quantities. 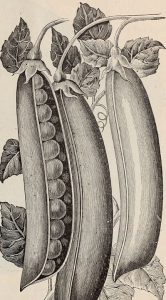 They had undergone no other change in their passage through the intestine than that of becoming swollen by the absorption of moisture; some of them were mixed with the fecal matter in the colon, but the greater number had accumulated in the rectum, where they formed a solid mass which occupied almost the entire pelvic cavity: this mass had pushed upwards the bladder and prostate, and compressed the urethra, so as to render impossible the evacuation of the bladder by any effort on the part of the patient.

Ouch. Mr Lydbury may have had his reasons for taking himself to hospital so late in the day – as a labourer, he was doubtless worried about medical expenses. He must have been in significant pain.

It was with considerable difficulty that a catheter was introduced into the bladder after death; the sensation communicated by the passage of the instrument over the uneven mass, which was pressing upon the urethra, gave rise to the idea that there was stricture, but the canal was found to be quite free from disease. No appearance of disease in any other part of the body

If you were thinking of eating raw, dried peas for supper this evening: don’t.

2 thoughts on “Death from peas”