I recently wrote about a case of deafness believed to have been caused by a kiss – but here’s another story – rather more plausible – about a man who broke a rib with a single sneeze. It was reported originally in a Swiss journal, and translated in the Glasgow Medical Journal in 1863:

Ulrich B., of Suniswald (Canton de Berne), is a public-house keeper, 39 years of age, with a strong, robust constitution, although he has suffered during his life from various maladies, apparently of a strumous nature.

‘Strumous’ is a rather vague word alluding to the presence of swollen glands.  Most often these would be lymph nodes caused by a form of tuberculosis, but it might also indicate a goitre.

On the 6th November, 1861, he was seated in his bar with several customers, one of whom offered him a pinch of snuff, which he accepted. Not being in the habit of snuffing, he was at once seized with a fit of sneezing, which he attempted to restrain by shutting the mouth and forcibly dilating the chest. In this, however, he failed, and a violent expiration having succeeded to the excessive and prolonged dilatation of the thorax, he felt at the same moment in the left hypochondriac region a sudden, sharp pain, accompanied by a very distinct crack, difficulty of respiration, and a very painful cough.

The hypochondriac region is the upper part of the abdomen, above the lower ribs. Dr Castella was summoned to examine the pub landlord:

The ‘false’ ribs are the lowest three pairs, which – unlike the others – are not joined directly to the sternum.

I was able to confirm this diagnosis, as the same symptom persisted during four or five days, with slight tumefaction of the surrounding soft parts. No complication in the part of the pleura or lung supervened. I am not aware that violent sneezing has been cited by authors as a cause of fracture of the rib. If this case is not unique, the fact must have been but rarely observed. It is interesting in a surgical point of view, and it is important in legal medicine to know that rapid and strong contraction of the diaphragm, preceded by an excessive and prolonged extension of that muscle, may occasion the fracture of a rib.

So – you have been warned: if you’re not used to taking snuff, use with caution. Still, fracturing a rib with a sneeze does seem a trifle dramatic. It makes me wonder whether this patient had osteoporosis, or some other condition that had weakened his bones. Maybe it was related to the ‘strumous’ maladies he is known to have suffered in earlier life: it’s relatively common for tuberculosis to affect the bones, and the potential involvement of the ribs is well documented. 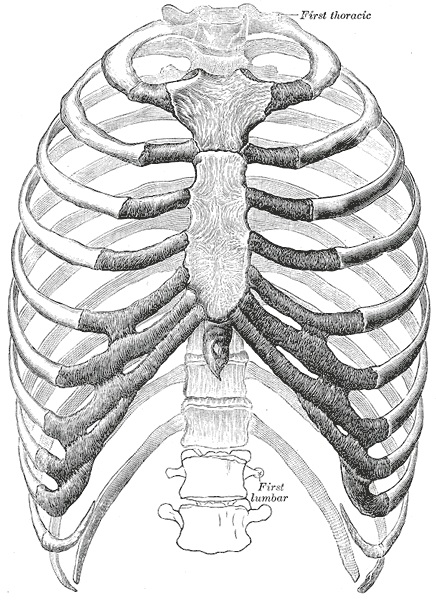 3 thoughts on “The bone-breaking sneeze”