An angry Dr Tuson from Fitzrovia writes to the London Medical Journal in 1831.  He begins with an apology:

Though I may incur the displeasure of many of the female part of the community in investigating a subject, the province of which they may consider peculiarly their own, yet on perusing my observations they will perceive that an anxious solicitude for their welfare alone has induced me to offer a few remarks upon a point, which, will be found not only highly important, but most essentially necessary to their future comfort and happiness.

And the ‘peculiarly female’ subject he was daring to discuss? How ladies dress. 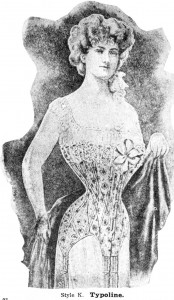 Such is now the fashion, that to be considered genteel, the female form must assume the shape of an hour-glass. This is esteemed the height of perfection. What a ridiculous idea! For this purpose every invention is called into action to reduce the waist to the smallest possible dimensions. Stays, belts, ligatures, steel busks of different descriptions, are called into requisition for the attainment of this most absurd object.

Dr Tuson is worried about the effects of the corset, pointing out what it does to the internal organs: 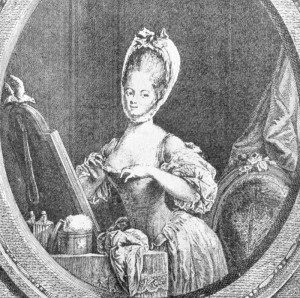 By means of this preposterous conduct the bones of the chest arc compressed— the cartilages of the ribs ride over each other—the vital organs, so essentially necessary to our very existence, are obstructed and injured in their operations — the diaphragm is impeded in its action—the circulation through the large blood-vessels is obstructed — and the mammae, which in a natural state are so beautifully constructed, are flattened, and become flaccid, losing their elegant rotundity and figure —and various other evils are the result of this detestable practice.

Be in no doubt, he is not happy.

Now let me ask for what are all these ills incurred? Is there any thing particularly beautiful or desirable in an hourglass contraction of the human body? Is there any thing particularly fascinating in pushing the breasts up to the neck? in forcing the stomach and liver into the inferior part of the abdomen? and pressing the bowels over the brim of the pelvis? thus displacing these important organs from the original position which nature assigned them, producing ruptures, &c. Its absurdity is too conspicuous to make any further comments upon it necessary.

Further comments may not be necessary, but Dr Tuson adds some anyway.

The females indulging in this propensity are troubled with shortness of breath and loss of appetite; in truth, from the compressed state of the stomach, it is incapable of receiving sufficient nutriment for the support of the animal economy, in consequence of which glandular obstructions, dyspeptic symptoms, faintings, convulsions, palpitations of the heart, and a numerous train of nervous symptoms, result. While from pressure on the heart and lungs, we have headaches, spitting of blood, inflammation of the eyes, swelled legs, varicose veins, and a numberless catalogue of woeful maladies.

Fainting was undoubtedly a problem for corset-wearers, whose lungs were often not able to inflate fully.  But there is still disagreement about the other symptoms listed here: there seems to be some evidence that bones and muscles kept inside whalebone stays for decades tended to atrophy, but less support for the idea that the heart or liver were affected.

Such is the melancholy picture of these injudicious practices, which the present time will not allow me sufficiently to expatiate upon; suffice it to say, that the statement here exhibited is by no means exaggerated, and experience and observation concur in enforcing the conviction, that if the constitution were left to its own unbiassed operations, a robust frame, and sound constitution, would be the necessary result; on the contrary, if this absurd custom be pursued, the health will be completely destroyed, and a debilitated frame the consequence; life will be shortened, and, as long as its continuance exists, embittered with continued misery.

This controversy was one of long standing.  The first shots had been fired almost forty years earlier by the German physician  Samuel Thomas von Sömmerring; as late as the 1890s, when The Lancet published an article under the headline ‘Death from Tight Lacing’, the subject was still hotly contested.  One of the difficulties was that virtually all the critics were men, while the vast majority of those who defended the corset were women.  In the end it was the evolution of fashion, and not proof one way or the other, which ended the argument. 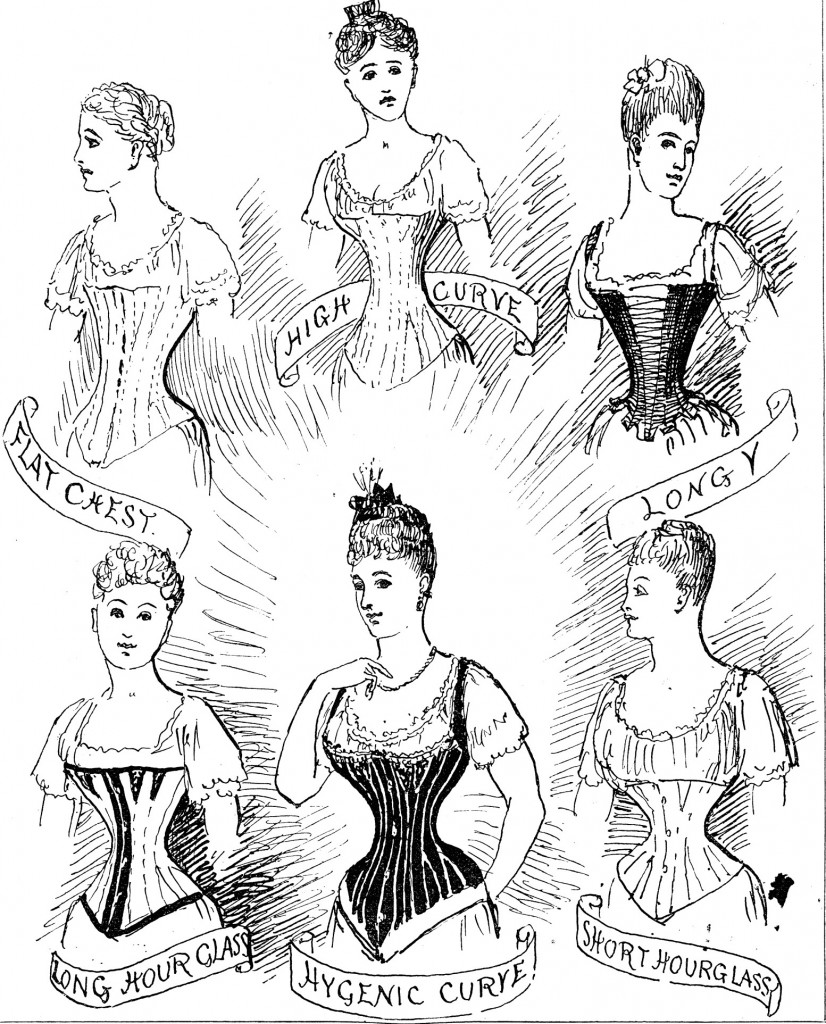 One thought on “Stay of execution?”