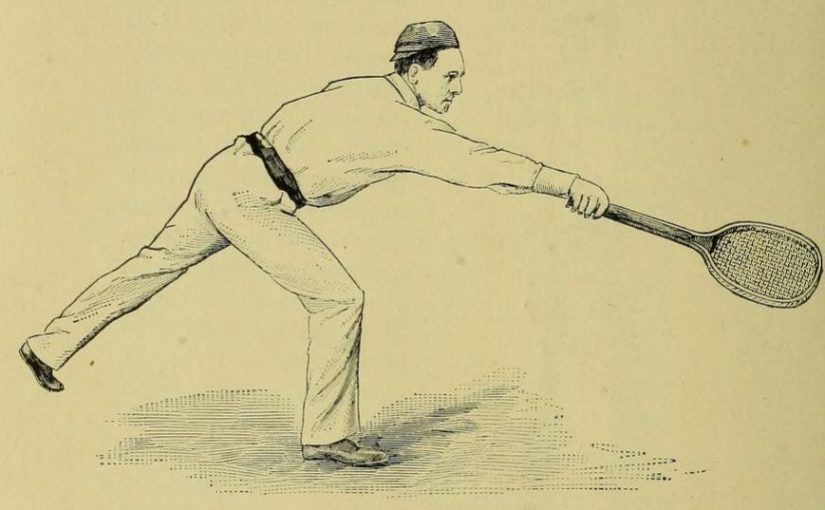 It has been a bad week for injuries at Wimbledon, with two of the favourites for the men’s title exiting the tournament with obvious signs of physical wear and tear. Yesterday the defending champion Andy Murray hobbled out in five sets, obviously impeded by a sore hip that has been affecting him, we now learn, for much of his career. Shortly before he was knocked out another of the Big Four, Novak Djokovic, retired in the second set of his quarter-final having succumbed to the classic occupational injury of his profession: tennis elbow.

Many of us have experienced the sharp pain of a misbehaving elbow on the tennis court. Indeed, the complaint appears to be as old as the game itself. Lawn tennis – an evolution of the much older indoor sport real tennis, which emerged in the middle ages – was invented in the 1870s, and the British Isles were soon gripped by a tennis craze; the first All-England Championships were held at Wimbledon in 1877. Medics heartily approved: the eminent physician Thomas Lauder Brunton suggested that the sport offered the ideal mix of mental and physical exertion, while carrying none of the risks of other pastimes (rowing was believed to be associated with heart disease, while cycling caused deformities of the spine).

It was not long, however, before some began to notice that tennis was not without its own medical hazards. In 1883 the following letter from a reader calling himself simply “A Member” appeared in the British Medical Journal, under the headline “Lawn-Tennis Elbow”:

SIR, I am an unfortunate sufferer from the above troublesome affection, which came on after five or six hard sets at tennis at the commencement of this season. Will some of your numerous readers, who have had experience of this complaint, kindly inform me what is the condition produced in the tissues surrounding the joint, and also the treatment they have found most efficacious in obstinate cases? I have tried rest and friction for about two months, without much benefit, as my arm quickly breaks down the moment I commence using it, and becomes very painful. I am compelled to use it very carefully even for ordinary purposes, such as dressing, etc., and it is quite useless where strength and prolonged exertion are required. The mischief seems to be chiefly in the muscles and tendons of the forearm immediately below the joint, and the triceps above the joint.

A description which will be familiar to any readers who have suffered from the condition. The letter elicited a reply a fortnight later from a distinguished surgeon at the Middlesex Hospital in London, Henry (later Sir Henry) Morris, who directed the reader to a paper he had published the previous year in The Lancet. Most of this article deals with riding injuries, but this is how it begins:

A good many of our national sports and amusements are known to give rise to certain accidents and particular morbid changes. Thus, “camping out” occasionally provokes an enlargement of the bursa over the trochanter major, owing to the hardness of the ground upon which persons who go in for this luxury sometimes have to sleep.

Morris is referring to a swelling of the hip-joint caused by lying on hard ground – analogous to the complaint formerly known as ‘housemaid’s knee’, in which kneeling for long periods (while, for instance, scrubbing floors) causes the knees to swell.

Bicycling has been accused of inducing hernia in its devotees, as rowing has heart disease.

A decade later, many medics had also become suspicious of cycling on the same grounds.

Lawn tennis leads frequently to sprain of the knee, or of one of the muscles of the calf… I have, however, met with two classes of cases, neither of which are sufficiently well recognised at present – these I may call for the sake of convenience “the lawn tennis arm” and “the rider’s thigh.”

“Tennis elbow” is an obviously snappier description than “the lawn tennis arm”; if I were Henry Morris I would be annoyed not to have thought of it myself.

The lawn tennis arm is the result, I believe, of the frequent back stroke [backhand], whereby the forearm is brought into rapid and forcible pronation.

Pronation is rotation of the arm so that the palm of the hand is turned downwards. Since this action would appear to be characteristic of a topspin forehand rather than a backhand shot, I can’t help wondering whether Mr Morris had muddled his forehand and backhand strokes.  Much has changed, however, in the technique of tennis since the 1880s.

The condition is slight swelling with tenderness on firm pressure along the course of the pronator, and pain in bringing the muscle into action, but as a rule not otherwise. I have of late seen three such cases, and one gentleman said he had known of several lawn tennis players affected in the same way.

Answering the query of “A Member” the following year, Morris mentions that he has since noticed that rowers often suffer from a similar complaint. As to treatment, his suggestions seem quite sensible:

The treatment I have found efficacious is, the application of a well-fitting elastic armlet, or an India-rubber bandage about the elbow; and restriction in the movements of pronation and supination for a few weeks.

Pretty much the advice you might get from a physio today: give the arm a rest, and if necessary wear a brace to prevent excessive rotation.  In fact, specialist manufacturers were quick to see a gap in the market for such a device. In 1886 The Lancet reported that

Messrs Pope and Plante, of Waterloo-place, have brought out a cap for the elbow in cases where the muscular parts about the joint have been overworked at tennis.

Pope and Plante was a venerable firm in Pall Mall in central London, specialising in elasticated stockings. They may even have been the inventors of the surgical stocking, marketing the garment to sufferers of varicose veins and similar complaints as early as the 1840s. One of their customers was Alfred, Lord Tennyson, who bought a ‘silk elastic thigh hose’ from the firm in 1854. Anyway, back to their ‘tennis elbow-cap’:

It is composed of cotton or silk elastic, which completely surrounds the arm, extending for some distance above and below the joint, the part below being strengthened by a band one inch and a half below the joint. They recommend its use when the arm is recovering from a strain, and there is no prolonged return of tenderness or of pain on lifting a weight of about four pounds. It is only to be used during gentle play.

The anonymous reviewer felt that the invention needed some improvement.

Our experience of its use is that whilst it affords relief and support to the part, it also produces discomfort of the arm below from obstruction to the superficial veins, congestion rapidly following the frequent movements of the forearm, accompanied by a feeling of fullness and heat if the cap is too tight. 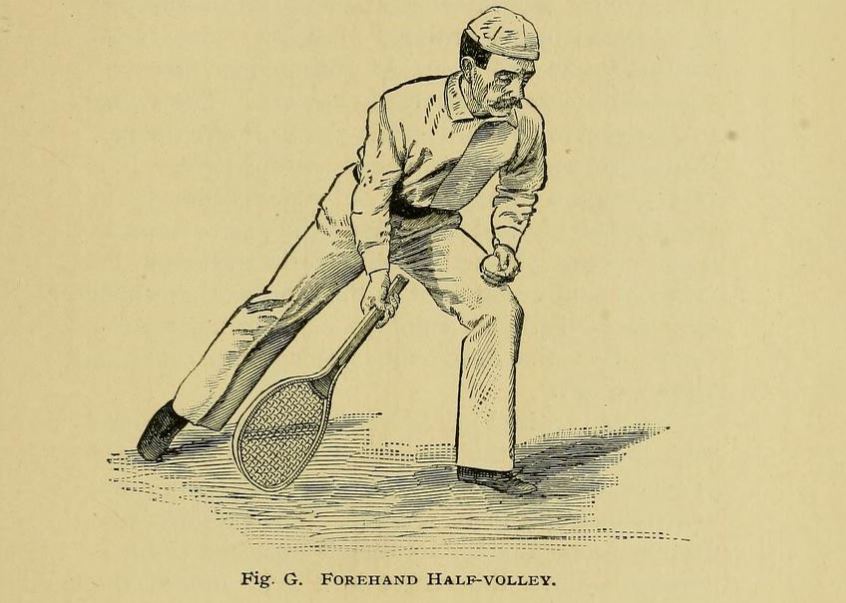 One thought on “The lawn-tennis elbow”