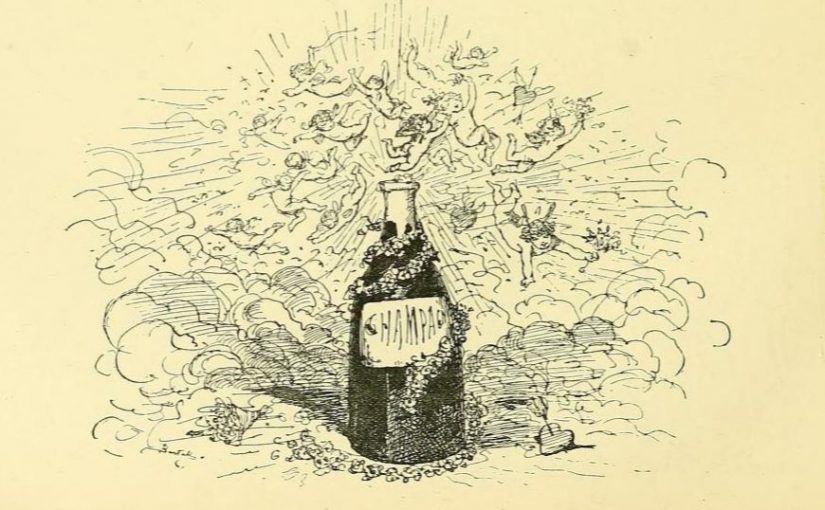 Morning sickness is a common affliction which affects the majority of pregnant women. A few suffer a far more debilitating form known as hyperemesis gravidarum, in which vomiting is so severe that dehydration and weight loss can occur. The Duchess of Cambridge required hospital treatment for the complication while pregnant with Prince George.

In September 1842 Charles Meigs, Professor of Midwifery at Jefferson Medical College in Philadelphia, recorded a particularly nasty case of the condition in his casebook:

Mrs. —-  was married three years ago, and removed to Texas. In the month of March she became pregnant for the first time; about the first of April she had sickness and vomiting,  which she daily experienced. In June she came by steamboat from Galveston to New York, and thence to her friends here: she has been vomiting daily since the first of April.

His patient told him that she was vomiting more than thirty times a day. Dr Meigs was shocked:

“What! thirty times daily since the first of April?”

“Yes, sir, and more than that : I vomited every five minutes from New Orleans to New York, nor did I sleep one moment. I sailed from New Orleans on the 19th of June, in the evening, and arrived on the 27th, in the morning, at New York. I never slept; I vomited all day, and all night.”

Her mother went further, suggesting that some days she had vomited more than sixty times, bringing up

A very large wash basin filled with this substance stood by her bedside; she is thin, but not very. I found her with a hectical frequency of pulse, and a red tongue: she has constant salivation, amounting to more than a pint a day. Any rude motion of the child makes her stomach sick.

Dr Meigs prescribed various medicines, including a large amount of laudanum and regular doses of spearmint water. She could not take these remedies, because they made her sick.

On Tuesday I directed her to drink freely of champagne; the following Friday she was very cheerful…

I bet she was.

…had slept well, had eaten well, had not vomited, nor been sick at the stomach. She had been taking anti-emetic remedies, under the care of one of my friends, for six weeks without benefit; the champagne seems to have been a perfect remedy thus far; but I fear it will not hold.  On the 19th of September, I note, that she vomits no more, that she has a good appetite, sleeps well, is not sick, and has taken the contents of a basket of champagne.

I’ve no idea how much champagne this is, exactly, but it’s probably fair to assume it was a lot.

She stopped taking it two days ago, and became sick; the champagne was repeated ad libitum, that is to say, very freely, and her stomach recovered again. She rode twenty miles to a funeral without indisposition. She returned to the city sick again, and then vomited until the child was born alive at full term. When she had completed the eighth month, I was strongly tempted to bring on premature labor; but she went to term, and got well. The child was unhealthy, and was covered with pompholyx and eczema; and died at last of atrophy.

Heavy drinking is obviously not good for an unborn child, though it may be wrong to blame Dr Meigs for the death of this one, since it was already late in the pregnancy when he first prescribed unlimited champagne.

In 1848 the good doctor included this case in a collection of lectures originally given to his students and published under the title Females and their Diseases.  His conclusion, while emphatic, was perhaps not the best advice he ever gave:

I…dare very confidently to advise you in all cases of obstinate vomiting, connected with pregnancy, to allow your patients to drink champagne ad libitum; since, in a great multitude of examples of the kind, I have found it to procure a perfect relief.