In 1875 a physician from New York, Samuel Ward Francis, published a book called Curious Facts, Concerning Man and Nature. I say ‘book’, but it’s more of a pamphlet, a collection of disparate essays running to just 20 pages; this was the second volume in a series. Some of his articles express deep scepticism about Darwin’s theory of evolution, which he attempted to debunk by drawing attention to various unexpected similarities between objects in nature – pointing out that such parallels suggest the hand of an omniscient Creator. This is what causes him to ask the strange question (the title of the first essay), ‘Is the Sun an egg?’

Francis was a reasonably distinguished medic, a Fellow of the New York Academy of Medicine, but his true calling was that of an inventor. Indeed, he patented an early typewriter which is on display at the Smithsonian’s National Museum of American History.

Other inventions were less successful. He was also granted a patent for this improved matchbox, a cylindrical object lined with sandpaper, so that pulling the match out of the box made it ignite: 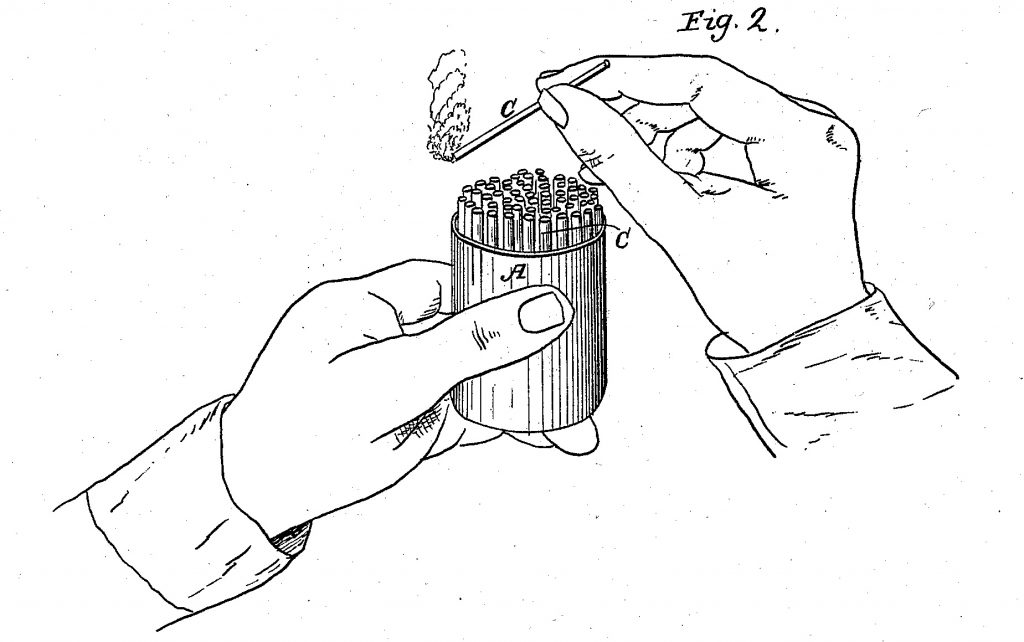 He also seems to be the original inventor of the ‘spork’ – a combined knife, fork and spoon: 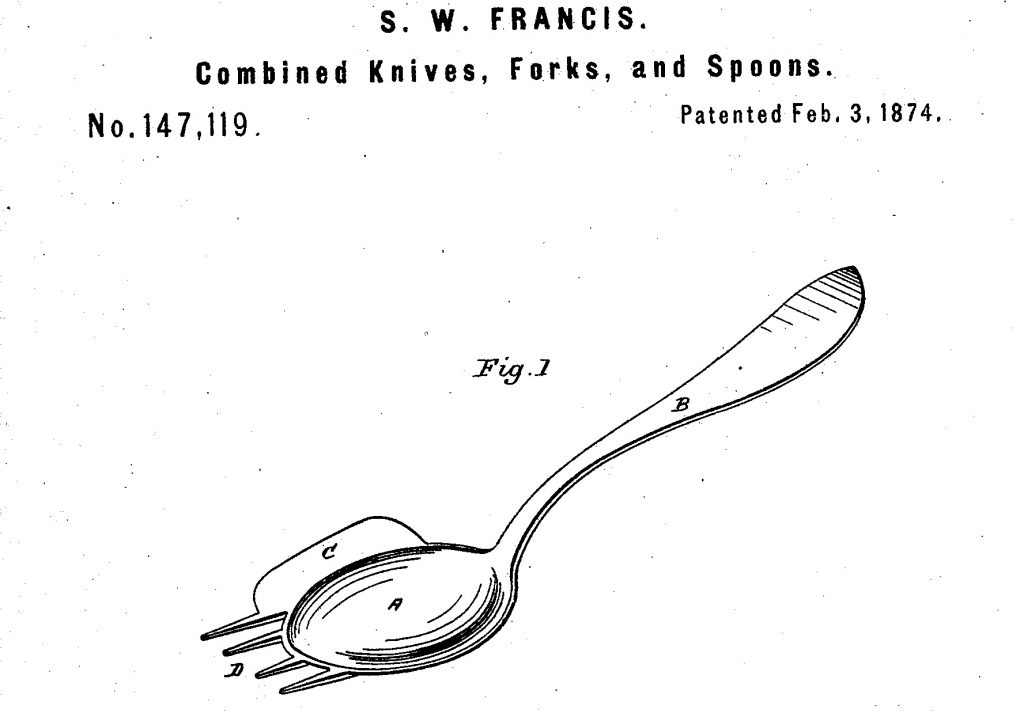 But my personal favourite is this ‘Omnibus cane’, a walking stick containing a supply of three-cent pieces and a dispensing mechanism so that a bus passenger could hand his fare over to the driver without getting out of his seat. 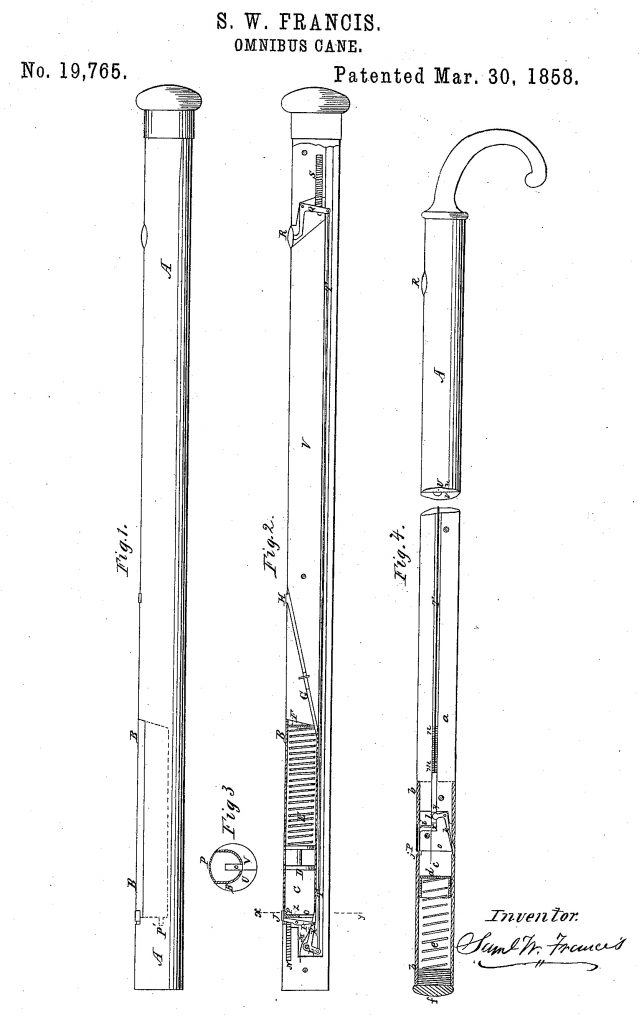 His collection Curious Facts contains another invention which he seems never to have patented: the self-opening coffin.  It is an attempt to address the fear – which was genuinely widespread in the mid-19th century – of being buried alive.

This is how he describes it:

I would suggest that a coffin be closed by spring lids, merely held down by two catches. These are connected with both of the arms (which are crossed,) of the supposed dead person. Attached to this wire is another long one, which comes out of the coffin and is joined to a little telegraph wire, which is run into every vault. Now, if the person buried, wakes up out of a trance,—instead of going through all the never to be known hopeless agonies of mind and body—their first impulse, as a proof of returning consciousness, is to move their hands, which act presses the springs so that the catches let go, the coffin-lid flies open, and the victim of circumstances, can sit up.

Dr Francis does not explain how the unfortunate not-corpse is expected to get out of the coffin if it is buried under six feet of earth.

In the meantime the telegraph wire has rung a bell in the keeper’s lodge, and called his attention to the alarming fact that “Vault No. 67 has come to life—send assistance.”

This conjures up a pleasing mental image of a graveyard attendant sitting in an office in front of a row of bells like a Victorian servant, waiting to be summoned.

This invention is important to the public, and I sincerely hope that it may be adopted by some large corporation, and prove of assistance in rendering the horrors of such burials less likely to occur—an event that might possibly happen under the most cautious arrangements. The entire expense of the application of this idea would be but a very few dollars, and add much to ease the minds of the bereaved.

Because of course graveyard attendants have nothing better to do than wait for one of the corpses to wake up and ring a bell.

I would also suggest that the vault door shut with a spring-lock that opens with a key on the outside, and a handle on the inside. Of course there should be a sufficient number of air holes in the coffin lid.

Glad we’ve got that sorted. Alas, there is no evidence that Dr Francis’s neat idea was ever put into practice.

One thought on “The self-opening coffin”