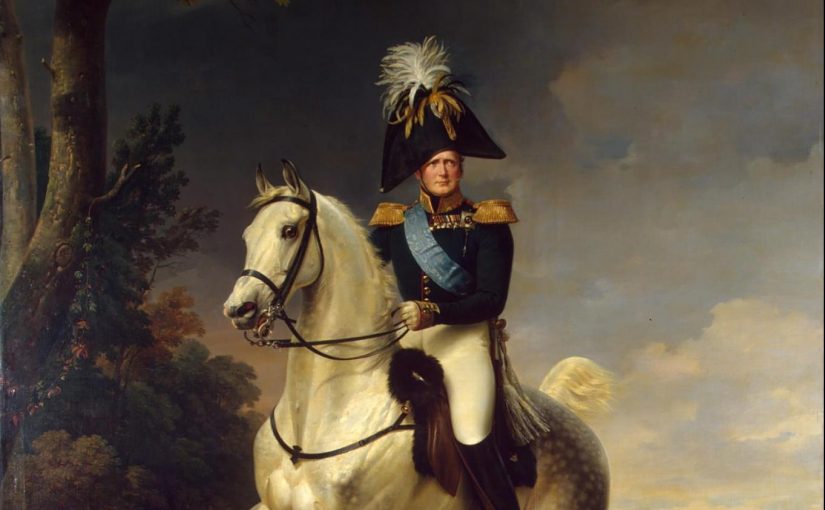 I came across this case quite by chance, drawn in by a striking headline. But after investigating a little further I was amused to discover that one of those involved was an ancestor of mine.

This story was first published two centuries ago, in the Annual Report of the Royal Humane Society. The humane societies were organisations set up with the aim of reducing mortality from drowning and other forms of sudden death. The first was founded in 1767 in Amsterdam, whose 30 miles of canals meant that drowning was a major cause of preventable deaths. Similar societies were set up across Europe and America in the following decades – one of the earliest being the Society for the Recovery of Persons Apparently Drowned, founded in London in 1774. Two years later it changed its name to the Humane Society, and in 1787, under the patronage of George III, it added the ‘Royal’.

The activities of the Royal Humane Society in its early years were various. It published pamphlets about resuscitation methods, provided lifesaving equipment, collected and disseminated reports of successful cases, and celebrated outstanding examples of heroism. (The RHS still does much the same thing today, almost 250 years later.)

On April 15 1806, more than three hundred members of the society gathered in London for their annual meeting. The main event was the reading of a sensational report of a successful resuscitation. Such reports usually documented rescues in London, or from one of the satellite branches of the society which had sprung up in other parts of England. But this one was unusual: the rescue had taken place in Russia, and the hero of the hour was the Russian Emperor himself.

The account of the incident comes from a letter written by an RHS member, James Grange, who had heard it from his friend James Wylie, personal physician to Tsar Alexander I of Russia. At the meeting the letter was read and prefaced with a speech by an honorary member of the society, Robert Humphrey Marten.

That name was vaguely familiar to me – and with good reason, because Robert Humphrey Marten was my great-great-great-great-grandfather. A businessman with numerous commercial interests, Marten also involved himself in social reform – he was a friend of William Wilberforce – and gave his time to various charitable enterprises.

Here is the letter that my ancestor introduced to the Royal Humane Society, 214 years ago:

Agreeably to your request that I would commit to writing the narrative that formed part of our late conversation, I have now the renewed pleasure to inform you, that His Imperial Majesty the Emperor Alexander, in one of his journeys through Poland, by his own humane perseverance and personal exertion, restored to life a peasant of that country, who had been drowned a considerable time.

The meaning of the word ‘drown’ has shifted subtly in the two centuries since this report was written: today most people would assume that a patient described as drowned was unambiguously dead.

This very interesting occurrence came to my knowledge during my late stay at St. Petersburg, and took place between Konna and Wilna (in Lithuania), on the banks of the little river Wilna, from whence the last-mentioned town derives its name.

I can’t identify Konna, but Wilna is modern-day Vilnius, the capital of Lithuania. The river is the Vilnia, from which the city takes its name.

The Emperor, from some cause or other immaterial to the present interesting subject, had considerably preceded his attendants; and being led, by the winding of the road, within a short distance of the above-mentioned river, and perceiving several persons assembled near the edge of the water, out of which they appeared to be dragging something, instantly alighted; and, on approaching the spot, found it to be the body of a man apparently lifeless.

Plenty of emperors would have left a lackey to deal with this emergency, but not His Imperial Majesty Alexander:

Prompted by humanity alone, and without any other assistance than that of the ignorant boors around him (to whom he was no otherwise known, than that his uniform indicated an officer of rank), he had him conveyed to, and laid on the side of a bank, and immediately proceeded, with his own hands, to assist in taking off the wet clothes from the apparent corpse, and to rub his temples, wrists, &c. which H.I.M. continued for a considerable time, using every other means (though destitute of every medical assistance), that appeared at the moment most likely to restore animation, but all without effect.

According to contemporary textbooks on resuscitation, in 1806 the top priority in such circumstances was to warm the patient (preferably in bed), applying hot water bottles to the feet, knees and armpits. With neither a bed nor a hot water bottle to hand, the Emperor did the next best thing, since friction (rubbing) to restore the circulation was also recommended by the experts.

At this point His Imperial Majesty was joined by several members of his retinue, including a couple of Russian nobles and the Emperor’s personal physician James Wylie. The latter is described in the letter as ‘Dr Weilly [sic]…an English gentleman’ – a libellous assertion, since Sir James was very much a Scot. That said, he spent most of his life in Russia, serving under successive Tsars. He now joined the fray.

Their exertions were immediately added to those of the Emperor; and on the Doctor’s attempting to bleed the patient, his Majesty held and rubbed his arm, and gave every other assistance in his power; however that, and all other means they could devise, proved equally ineffectual; so much so, that after above three hours fruitless attempts to recover him, the Doctor declared, to the extreme chagrin of the Emperor (who was by this time become very anxious about it), to be his opinion, that life was quite gone, and that it was useless proceeding any further.

Three hours (if the claim is not an exaggeration) is a very long time to continue resuscitation efforts on a moribund patient. What we don’t know is whether Dr Wylie had detected a pulse. Incidentally, his decision to bleed the patient was also part of the approved treatment plan for this scenario. A fact of which the Emperor was apparently aware.

Fatigued as he was with such continued exertion, the Emperor could not, however, rest satisfied without entreating Dr. Weilly to persevere, and to make a fresh attempt to bleed him. The Doctor, although (as he has declared to me himself, and from whose own mouth I have these particulars) he had not the slightest hope of being more successful in this than in former ones, proceeded, nevertheless, to obey the positive injunctions of H.I.M.; when the whole of them (the noblemen, &c.) making a last effort in rubbing, &c. the Emperor had, at length, the inexpressible satisfaction of seeing the blood make its appearance, accompanied by a slight groan.

In ordinary circumstances no doubt the doctor would have preferred to exercise his own judgment about whether it was appropriate to abandon resuscitation. But if the Tsar of Russia tells you to carry on, you carry on. And this time it seems that the Emperor’s clinical judgement was better than that of his doctor.

The emotions of his Imperial Majesty on this occasion, the Doctor informed me, are not to be described; and, in the plenitude of his joy, he exclaimed, in French, “Good God! this is the brightest day of my life!” and the tears, which instantaneously sprang into his eyes, indicated that these words came from the heart.

The group redoubled their efforts, and shortly afterwards their patient regained consciousness. But the Emperor’s involvement did not end there.

On Dr. Weilly’s looking about for something to stop the blood with, and tie up his arm, the Emperor, without any hesitation, instantly took out his handkerchief, tore it in pieces, and with his own hands bound the poor fellow’s arm with it (whose gratitude and astonishment, when informed to whom he was indebted for his life, you may easily conceive); and remained with him till he saw him quite recovered, and conveyed to a place where proper care would be taken of him; besides ordering him a considerable present of money, and having since otherwise provided for him and his family.

Somebody had the bright idea of commemorating this great event, and a local craftsman was commissioned to manufacture four snuff boxes, each decorated with a depiction of the affecting scene. These were presented to the four people involved: the Emperor himself, the two Russian noblemen, and Dr Wylie. James Grange persuaded Dr Wylie to let him have his snuff box, which Grange then presented to the Royal Humane Society – in order that ‘so striking an example of humanity, perseverance and philanthropy, in so exalted a character, may not be entirely lost to the world, and to posterity.’

After Mr Grange’s letter had been read, my ancestor Robert Humphrey Marten proposed a motion recommending that the Society award its highest honour, the Gold Medal, to the Emperor Alexander in recognition of his feat. This was passed unanimously – although in accordance with the arcane procedures of the Royal Humane Society the decision had to be rubberstamped by a meeting of Managers and then a Special Court before it was enacted.

It was not until the following year that the medal was finally presented to His Imperial Majesty – by the British Ambassador to the St Petersburg court, Alexander Hamilton, the Marquis of Douglas and Clydesdale.

The Emperor was delighted, and wrote a letter to the society expressing his thanks. It was wonderful publicity for the RHS, which was entirely reliant on public contributions to stay afloat. Are there any other examples of successful resuscitation performed by a monarch? I’m certainly not aware of any, but please feel free to tell me in the comments.

There’s a brief but entertaining postscript to this story. Twenty years later Robert Humphrey Marten played a leading role in awarding another RHS medal. This time the recipient was Isambard Kingdom Brunel, who was being recognised for his heroism in saving the life of… Robert Humphrey Marten.

In 1825 Isambard’s father Marc Brunel began the construction of a tunnel underneath the Thames, between Rotherhithe and Wapping. Marten was a director of the company set up to finance the project. After a year of excavation the tunnel workings were flooded by a major leak, and Marten and a colleague demanded to descend the shaft to inspect the damage. Their boat capsized, and they were only saved from drowning by the prompt actions of Isambard, then aged 21, who fished them out of the water. A few months later Marten presented the younger Brunel with the RHS silver medal – and a gold ring as a personal memento from him and the colleague who had also been rescued.

The glaring irony of the story is that Robert Humphrey Marten, a man who dedicated much of his spare time to preventing deaths from drowning, never learned to swim. Yet he insisted on getting into a boat, in a flooded tunnel underneath the Thames, against the explicit advice of the engineer who designed it. He really should have known better.

On the other hand, if my ancestor hadn’t been so foolhardy 200 years ago, my family and I wouldn’t be able to tell this story – or reflect on the fact that if it weren’t for the heroism of Isambard Kingdom Brunel, I wouldn’t be here today.

3 thoughts on “Resuscitated by a Romanov”