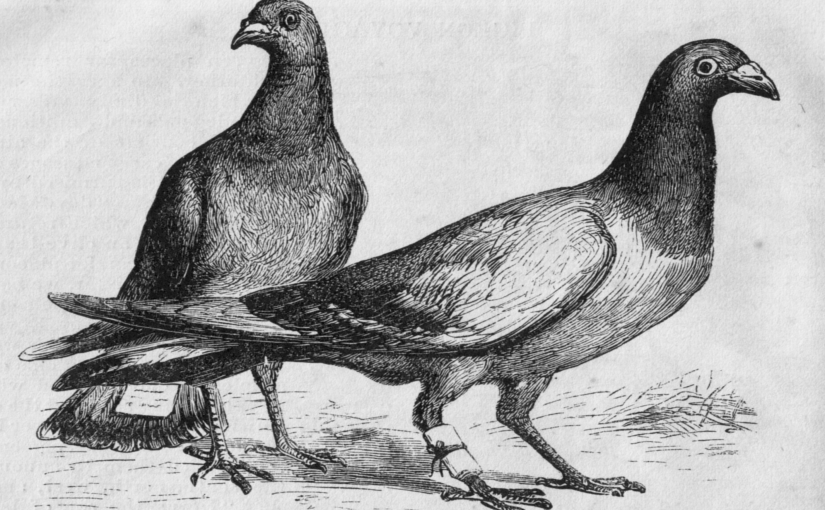 Eclampsia is a serious condition affecting women before, during or after childbirth.  The name means literally ‘bursting forth’, an apt description for the seizures that characterise the condition, which arrive suddenly and dramatically. The cause of eclampsia has never been identified, although it is always preceded by pre-eclampsia – a combination of symptoms including high blood pressure and protein in the urine.

Until the late nineteenth century doctors also referred to the ‘eclampsia of children’. This was a misnomer: although infants can also suffer seizures which look like those observed in pregnant women, the likely causes of the two conditions are quite different. For instance, small children suffering from a fever often display febrile convulsions, which look serious but do not necessarily indicate any sinister underlying condition.

In a textbook published in 1841, the Handbuch der medizinischen Klinik (‘Handbook of the Medical Clinic’) the German physician Karl Friedrich Canstatt offered a really rather odd approach to treating what he called the ‘eclampsia of children’:

One remedy I must mention here whose unequivocal effects I have myself witnessed, however inexplicable the phenomenon. If one holds the rump of a dove against the child’s anus during paroxysm, the animal quickly dies and the attack ceases just as rapidly.

Ten years later the Journal für Kinderkrankheiten (‘Journal for Childhood Diseases’) picked up on this odd little aside. It reported that several physicians had been prompted to try the remedy for themselves. One of them was a Dr Blik from Schwanebeck:

A nine-month-old child, full-bodied, healthy and alert, with no signs of teething, was attacked by eclampsia, which recurred in ever-increasing seizures, and calomel, valerian, musk, baths, mustard, and enemas were used in vain. When yet another convulsion occurred, the anus of a young dove was held against the child’s until the seizure was over. The attack was fierce, but the child survived.

Not long afterwards the journal received a communication from a reader in St Petersburg, a Dr J.F. Weisse.

Dr Weisse had read the earlier article with interest. He was, he explained, already familiar with what later became known mockingly (in the English-language literature) as the ‘pigeon’s rump cure’:

Long before the publication of Canstatt’s Handbook I had already read – I do not remember where – about this strange method; but his approval induced me to apply it myself at an appropriate opportunity.

On August 13, 1850, during the night, I was called to a 4-month-old child, who was suddenly attacked by eclampsia. After two days of unsuccessfully treating him by the usual means, and meanwhile believing this was a suitable opportunity for the experiment, on the third day I told the mother, a Russian lady of property, about this magic agent; I added, however, that I myself had little faith in it, but believed it to be completely harmless.

Not having any faith in a treatment is not a terribly good starting point for using it, but I suppose if all else had failed you can understand his position.

I had not been mistaken in my assumption, for the suggestion was met with approval, and they immediately proceeded to procure a pair of pigeons for the emergency. Early on the following morning, when I visited the little patient again and had almost forgotten the birds, I was received by the lady’s 14-year-old son, who opened the door, speaking to me in broken German: “The dove is dead and the child is very healthy; Come on, Mama will tell you about it.”

Certainly an arresting opening to a conversation.

The woman approached me with a joyful face, solemnly shook my hand and led me to her child, who was sleeping soundly. I learned that the previous day after my visit there had been several convulsions in quick succession, but at seven o’clock in the evening such a violent fit had occurred that, despairing of the boy’s life, they had resorted to the pigeon. The woman’s sister, who carried out the operation according to my instructions, told me that shortly after the bird had been applied to the child’s anus it had gasped for air several times, closed its eyes periodically, then its feet had twitched in spasm and it finally it had vomited.  At the same time the child’s seizures became weaker, until at the end of half an hour it sank into a peaceful sleep, which lasted for five hours. The pigeon, however, afterwards could not stand on its feet, nor did it touch the food that had been offered, and finally expired about midnight.

So one healthy child, but a dead pigeon. You win some, you lose some.

Dr Weisse was encouraged by this experience but frustrated that he had not been on hand to witness the miraculous cure for himself. The next time he was more fortunate:

This case concerned a boy of one year and eight months who for a long time had been suffering from dyspeptic disorders related to dental work and had been under my medical supervision for several weeks. One evening, on the 8th of October 1850 I received a letter asking me to hurry as soon as possible to the child, which had suddenly suffered a seizure.

When he arrived at the child’s bedside he found the boy unconscious, with trismus (a locked jaw) and half-closed eyes. Every so often his face and extremities were gripped by spasms. The lockjaw made it impossible to give medicines by mouth, so the doctor suggested the pigeon cure:

A few minutes later a pair of pigeons was brought in and I was able to put the procedure into practice myself. About ten minutes after the application, I noticed that the pigeon I was holding opened its beak several times, as if gasping for breath. The child’s spasms were now becoming more infrequent and weaker, but his pulse was also sinking more and more. After half an hour I realised that the pigeon had closed its eyes and let its head hang down; it was dead. I now had the other animal brought to me and laid it in the same way on the anus of the child, whose pulse, however, could soon no longer be felt – and after only ten minutes it lay there as a corpse. The dove, however, remained alive.

Scant consolation to the unfortunate parents.

Dr Weisse concludes with a mystifying appeal to his peers to continue this unusual research:

Finally, I cannot but urge all colleagues to repeat such experiments with the remedy as much as possible, for it seems clear what a great benefit to the treatment of children, especially those of the lower classes, would emerge if it were proved to happen this way.

Noting that St Petersburg is teeming with pigeons, he also acknowledges that in other parts of the world they are not so abundant. But he’s got that covered too:

In the meantime, experiments with other poultry are necessary.

You may think I’m being a bit hard on poor Dr Weisse: after all, it’s not fair to judge the doctors of 200 years ago by today’s standards. They had their reasons for choosing the remedies they used, however odd they may seem to the modern reader. But even many of Dr Weisse’s contemporaries thought his ideas were downright silly. An anonymous writer in the British and Foreign Medico-Chirurgical Review could barely withhold his glee, quoting Horace: ‘risum teneatis?’ (‘Can you help but laugh?’)  This is his pithy verdict on the treatment:

We mentally offered…the advice of an old French physician, who, on being asked his opinion of a new remedy that was highly praised for its extraordinary virtues in a certain disease, very gravely replied, “Dépêchez vous de vous en servir pendant qu’il guérit!”

The Frenchman’s bon mot translates, more or less, as: “Hurry up and give it to him, while he’s still getting better!”

3 thoughts on “The pigeon’s rump cure”