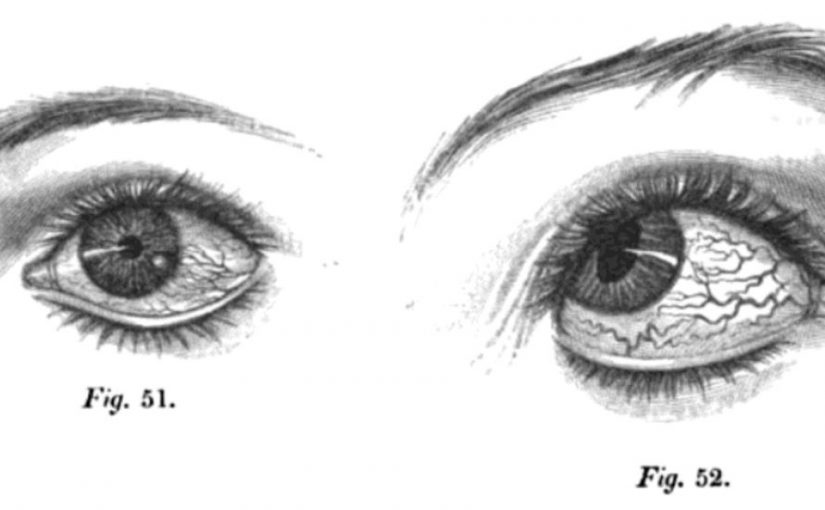 Have you ever woken up after a night on the town, not entirely sure how the evening ended? In 1850 this happened to a Belgian fisherman who soon found out that the evening had ended very badly indeed. This case was first reported in a French ophthalmic journal before being included in the later editions of William Mackenzie’s A Practical Treatise on the Diseases of the Eye, the first important textbook on the subject to be published in the UK: 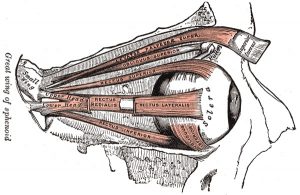 A fisherman of Ostend, aged 49, coming home one evening very drunk, stumbled in the act of undressing himself, and fell with all his weight against the room-door. In the fall, the right orbitary region struck against the ring of the key which was in the lock of the door, and as the key was worn thin by long use, it divided vertically the upper lid, entered the orbit, and acting as a kind of lever or curette, extirpated the eye, completely severing its connections with the orbit, so that it rolled upon the floor.

The patient was so drunk that he could form no notion of the severity of the injury he had sustained; but, continuing to undress himself, went to bed, and fell asleep. His wife, on rising in the morning, was astonished at the quantity of blood which her husband had lost from a wound of the lid, apparently slight; but her astonishment changed to fear, when she found on the floor an eye.

Let’s face it, it’s not exactly what you want to find on your kitchen floor before you’ve had breakfast. 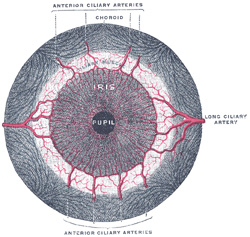 Dr. Verhoeghe, who was immediately sent for, found the man in bed, his clothes saturated with blood, the upper lid divided to the extent of six lines, the orbit filled with coagula, and portions of some of the muscles of the eye hanging out between the lids. The bleeding had entirely ceased.

The eye was entire; its muscles had been torn across at different distances from their insertions into the sclerotica; the superior oblique and rectus superior were so at three quarters of an inch. The optic nerve was divided at about an inch from the sclerotica.

Very neatly done, almost as if a surgeon had deliberately removed it.

The key was bent into an obtuse angle, from the fall against it of so heavy a weight. The patient being taken to the hospital, the remains of the muscles were replaced in the orbit, and the wound of the lid united by a stitch. Cold water dressing was applied and low diet enjoined, under which the patient speedily recovered.

Probably while swearing never to touch another drop as long as he lived.