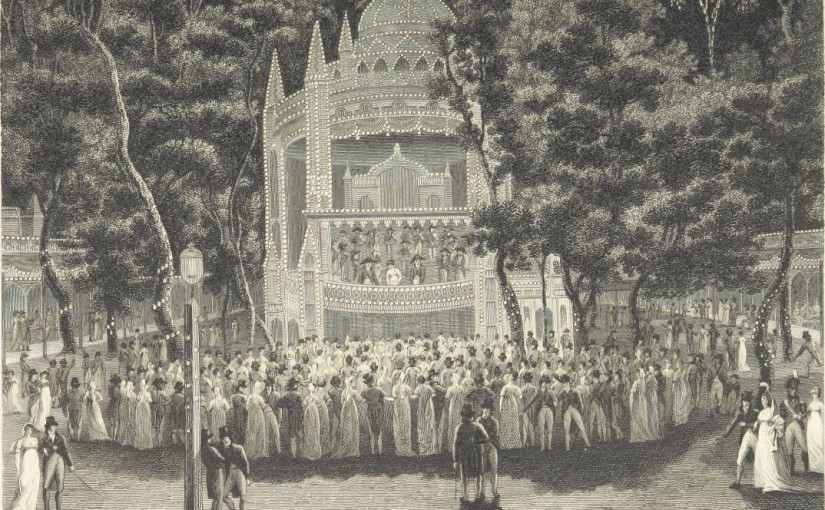 In 1837 The Lancet reported a cause of death previously unknown in the annals of medical science.  Its report begins:

The following is an account of the post mortem examination of the body of Mr. Robert Cocking, aged sixty-one, who fell with a suicidal machine called a parachute, from the cord of a balloon which ascended from Vauxhall Gardens, on the 24th of July, 1837.

Parachutes were very much a novelty in 1837, though several successful jumps had already been made.  Robert Cocking himself was present in 1802 when André-Jacques Garnerin landed safely in a field near St Pancras, having jumped out of the basket of a hydrogen balloon.  Cocking designed a conical parachute which he thought would easily bear his weight, and the occasion was widely publicised.  Unfortunately he had made a crucial error, omitting to include the weight of the fabric in his calculations.  The mistake was fatal: he came to earth with a thump.  A contemporary image of this disaster can be seen here.

The height which the balloon had reached when the parachute commenced its descent, is stated to have been 5000 feet. The instrument of death was simply a canvas toy, constructed in ignorance, and used with the hardihood which might distinguish an unfortunate being who contemplated his own destruction by extraordinary and wonder-exciting means,—an end which, without the motive, was more effectually attained, by the crushing of the parachute in the air as it dropped.

It seems fair to assume that the medical fraternity took a dim view of such aeronautical exploits. When a group of eminent surgeons examined the body of the unfortunate Cocking, this is what they found:

On the left side.—The second, third, fourth, and sixth ribs broken near their cartilages, and also near their angles.

The clavicle on the right side fractured at the junction of the external with the middle third.

Comminuted fracture and separation of the bones of the pelvis at the sacro-iliac symphyses.

The viscera of the head, chest, and abdomen free from any morbid appearances.

There’s no need to explain any of the technical terms; ‘broke every bone in his body’ is not too far off the mark.

Mr. Finch, and the other surgeons at the inquest, agreed in opinion as to the cause of the deceased’s death, namely, the injuries he received in the concussion by the fall on the earth.

I don’t think anybody needed five of London’s finest surgeons to tell them that.

The spinal marrow was likewise very greatly damaged. Mr. Finch also was of opinion, from the nature of some of the injuries, that the deceased had fallen on his feet. In addition to the ribs mentioned as having been broken, there was another, the eleventh rib on the left side, which by some mistake had been left out of the above paper. The hip-joint appeared not to have suffered any injury.

I’m not sure this will have been much comfort to anybody.

The Jury returned a verdict to this effect: —“We find that the deceased, Robert Cocking, came to his death casually, and by misfortune, in consequence of severe injuries received by a fall out of a parachute of his own invention and contrivance, which had been appended to a balloon; and we further find that the parachute did move to his death, and therefore that such parachute ought to become a Deodand, and forfeited to the Queen.”

A deodand is a curious relic of medieval law: until 1846 an inanimate object found to have caused a human death could be declared the property of God and given to the monarch, with the proceeds supposedly going to charity.  Alas, nothing is recorded of Queen Victoria’s reaction on being presented with the unfortunate Cocking’s parachute.

One thought on “A suicidal machine”