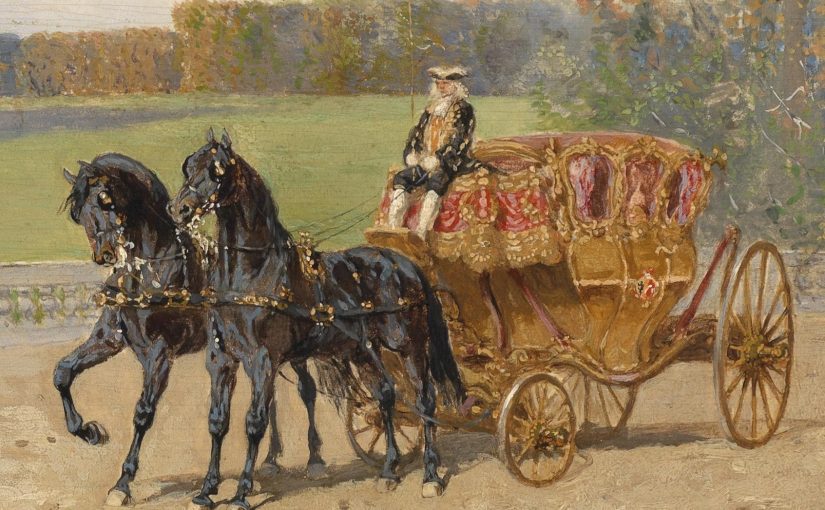 The Royal Academy of Surgery in Paris was founded in 1731 by Louis XV. It was abolished in 1793 following the Revolution, but for the sixty years of its existence it was one of the leading such institutions in Europe – its official journal, the Mémoires de l’Académie Royale de Chirurgie, was regularly translated into English.

The second volume of the Mémoires, published in 1751, contains an arresting case report contributed by Pierre Benomont, a founding member of the Academy who died in 1772 aged 93.

This case report is the first part of an article about traumatic limb injuries: the title translates as ‘Case of a leg torn off at the knee’. The events he describes must have taken place around 1700, when Benomont was still in training:

Carriages of this era often had a space over the rear axle and behind the passenger compartment – an inviting spot for a thrill-seeking small boy. Sometimes a footman rode at the back of the carriage, which also stopped such joyriding from taking place.

…having by chance found one with a team of six horses, but without a servant behind, he decided the opportunity was too good to miss; but his attempt to jump up went badly, and one of his legs went through the spokes of the wheel.

If you’re squeamish, it’s probably a good idea to look away now.

The carriage was travelling very fast, and yanked the leg before the child could pull himself clear, tearing it off and separating it at the knee; it fell into the street, and the child, owing to the position of his body, was dragged along behind the carriage. The coachman, who did not know about this misfortune, and who was driving very quickly, continued for another two hundred yards before stopping.

A ghastly accident which nine times out of ten you’d expect to prove fatal. The boy had suffered a traumatic amputation and been dragged along behind a rapidly moving carriage. But this was no ordinary accident.

When the child had been extricated he was carried to the house of M. Chapillon the elder, who requested assistance from his colleague M. Planchet. I was at that time a student of the latter, with whom I followed the child’s recovery.

M. Chapillon was a Paris surgeon of some eminence, a Fellow of the Royal Academy. Urbain Planchet has left barely a trace on the historical record, except that he died in 1706 – which at least tells us that this incident must have taken place earlier than that.

We found the child tormented by two great anxieties. At first he demanded with the most earnest entreaties that we retrieve his leg, and then be good enough to show it to him; after seeing it he begged us to reattach it so that his mother would not find out what had happened. To calm him down we told him that we would do as he asked.

In those circumstances I doubt I’d be worrying too much about whether my mother found out. Ten-year-olds have rather different priorities in life.

Examining his wound with care, we found the lower part of the femur completely bared, to the extent of about three fingers’ breadth. The muscles and tendons were torn very irregularly, in proportion to the resistance they had provided to the ripping away of the limb; moreover, he did not lose a drop of blood from this tremendous injury.

Very surprising. There are major blood vessels supplying the lower limbs, and he might easily have bled to death.

We thought it advisable to cut down the flesh until it was level with the healthy bone, and for this purpose the injured parts were incised with a curved knife.

The surgeons also sawed off the jagged end of the bone to tidy it up. The boy was then carreid to his father’s house, while the three doctors examined the severed leg.

We found that it had taken away with it a large portion of the principal vessels of the thigh; one end of the crural artery, five or six fingers’ breadth long, hung from the amputated leg.

The ‘crural’, now known as the femoral, artery is the main blood supply to each leg. The grisly nature of the injury shows that the leg was literally ripped off the boy’s body rather than cleanly amputated as if by a blade.  I’ve no idea why he didn’t simply bleed to death, with a femoral artery severed; it’s possible that the mechanism of the injury saved him. The severed artery was buried deep in the tissue at the top of the thigh rather than exposed to air – maybe pressure from the surrounding tissues acted as a natural tourniquet? As ever, please feel free to pass verdict on my amateur theories in the comments.

There was no haemorrhage either straight away or after this terrible accident; it was difficult to curb the petulance of the patient, to make him take the necessary rest, and to moderate his appetite; in spite of all these difficulties, he is healing quite quickly with the aid of methodical surgery.

An impressive result. The report barely mentions surgical treatment, but they must at some stage have used the surviving tissue to fashion a stump around the boy’s femur. This was a procedure familiar to surgeons of the time, and often gave good results if the patient was lucky enough to escape infection – which, in this case, seems to have been the case. 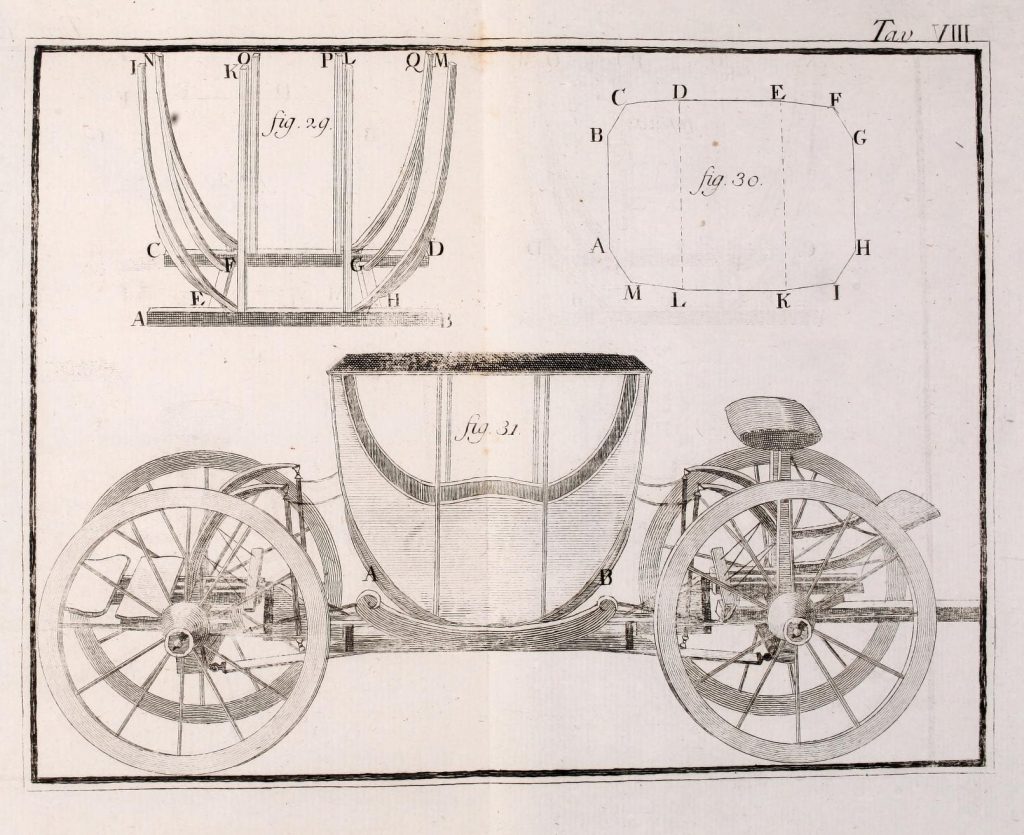