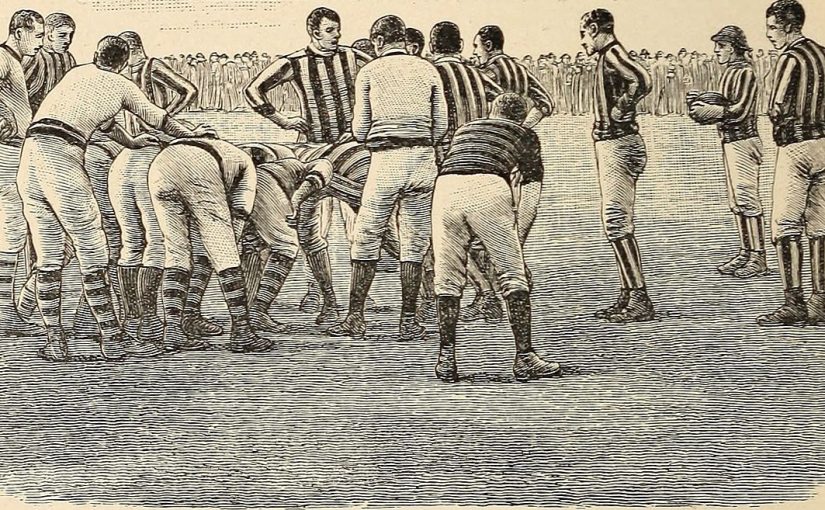 In November 1870 a London surgeon took the unusual step of writing anonymously to The Times to complain about his son’s headmaster. The son in question was a boy at Rugby School, and the letter was headlined ‘Rugby and its Football’:

Sir,–– I use the expression because to my mind the game as it is played at Rugby differs from that which is played elsewhere.

Hardly a controversial statement. Boys at Rugby had been playing their own distinct version of football, in which it was permissible to carry the ball as well as kick it, at least since 1845, when the first set of rules were published (the oft-repeated tale of William Webb Ellis, the boy supposed to have picked up the ball during play and thereby invented the game c.1820, may be apocryphal) – and probably for longer. Meanwhile, the Football Association was founded and published its first set of ‘laws’ (as they then were) in 1863, so the two games had permanently diverged by 1870.

I am a surgeon, and have within the last few weeks been consulted in different cases of injury resulting from the practice of ‘hacking’.

Hacking was the practice of kicking an opposing player in the shins to bring him to the ground. When the rules of Association Football were codified in 1863 the issue of hacking was one of the most controversial: after prolonged debate it was agreed that hacking would henceforth have no part in the game. It lingered for some years, however, in Rugby football.

I do not choose to sign my name to this letter because I have a son at Rugby, but, as a verification of the truth, I forward you my name and appointments.

Alas, we shall never know who ‘A Surgeon’ was.

One boy with his collar-bone broken, another with a severe injury to his ankle, a fourth with a severe injury to his knee, and two others sent home on crutches, ought to be sufficient to call the attention of the Head Master to the culpable practice of hacking, a practice that has nothing whatever to do with the game, but which frequently injures for life, and is a licence for a malignant grudge. I am not a milksop, and I do not pet my boys…

I bet you didn’t. You were a mid-Victorian father, after all.

…but I do protest against a system which results in injury more or less felt for life, because it is a practice easily remedied, and for which the Head Master is solely responsible.

To move in the old groove, that interference is unadvisable, is ridiculous. The remark of the Rugby station-master, “Another football accident,” ought to be sufficient to prove to the Head Master that these accidents are too common to satisfy the parents of boys that they should exist. If he cannot remedy the difficulty he is not a competent Head Master, and if he can the responsibility of accidents rests with himself.

The letter prompted an immediate response from The Lancet. Two days later its editor wrote in support of ‘A Surgeon’:

If this be a correct statement, we certainly concur in thinking that the sooner the specialty about the Rugby style of playing football is dropped the better. It has always struck us that “hacking” is a dangerous and brutalising practice. Regarding it from a commonsense point of view, the relative frequency of disease of the tibia is to be accounted for by the fact that it is more liable to injury than other bones from its more exposed situation. The consequences, however, of a severe blow from a cricket ball, or of a kick, are often not immediate, but remote. Then, no boy who has been “hacked” by another is made better tempered thereby; and he will naturally seek an early opportunity to return it with all the interest in his power; and so the game becomes something different from what is understood by a manly exercise.

Well, quite. ‘A Surgeon’ failed to achieve anything by his letter: Rugby continued to allow hacking in its eponymous sport for another twenty years, long after the practice had been banned by the game’s governing body.  The school’s intransigence on this point led to the strange anomaly that Rugby School was not granted admission to the Rugby Football Union until 1890. 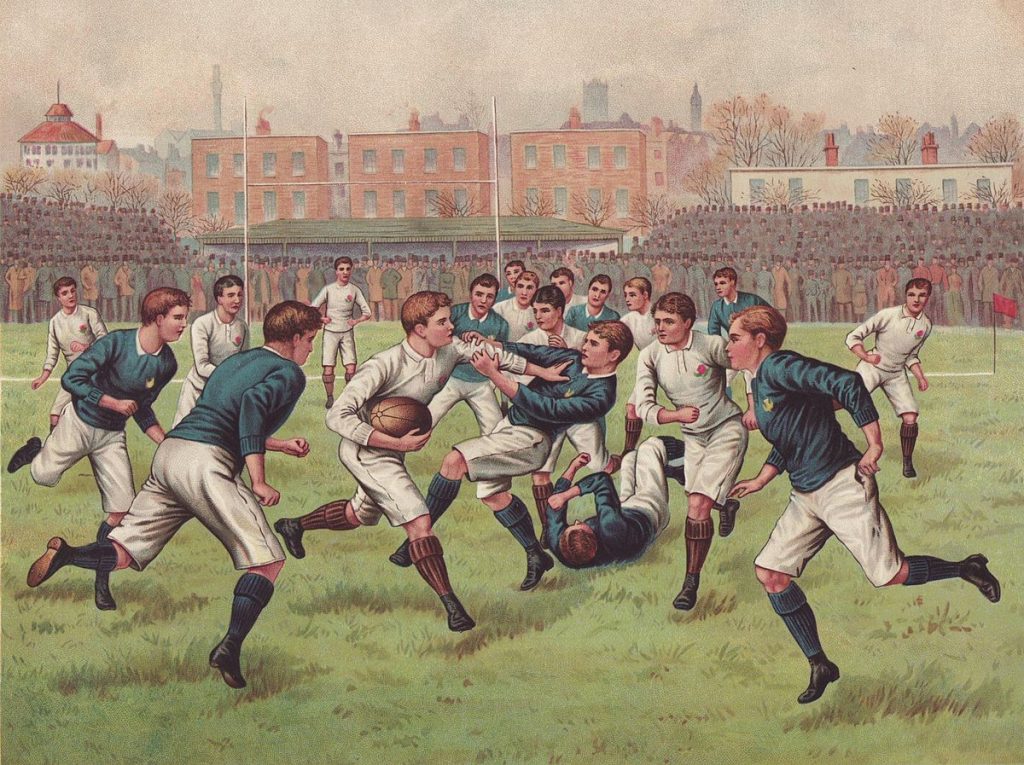