Early nineteenth-century doctors had some funny ideas about treating infectious disease.  Before the discovery of microbes, next to nothing was known about what caused infections, or how to cure them.   For many years, physicians believed that stimulating the outer surfaces of the body would have an effect.  Several methods of doing so were employed: cupping, in which partially-evacuated glasses were placed on the skin; blistering, which entailed using a caustic substance to deliberately create a blister; and scarifying, making scratches on the skin.  The overall intention in each case was roughly the same: to draw any toxins away from the vital organs and towards the surface of the body.

In 1834 the London Medical and Surgical Journal reported a new type of exterior stimulation invented by Dr Hancock, an English doctor who had been working in the West Indies.  He believed that stimulating the skin was a useful way of arresting the progress of inflammation,

by deriving the blood and humours from internal congested parts, equalizing the circulation, restoring a mutual balance between the powers of the heart and the external capillaries, and so ultimately obtaining the desired resolution.

Dr Hancock approved of the use of blisters, but felt they were too limited in their action. He had come up with an alternative: a friction rub made from lime juice and chillies.

The bird-pepper (capsicum frutescens) is the kind I have always used, it being more hot and pungent than the other kinds in general.

Varieties cultivated from the species Capsicum frutescens includes the piri piri or Bird’s Eye pepper.  It is hot. 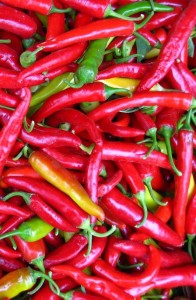 A small handful should be well bruised in a mortar, so as to reduce the seeds and other parts to a fine powder or mass. The powder sold in the shops should not be trusted, It is shamefully sophisticated; like most other articles. Let the former be mixed with an equal quantity of table salt, and add a pint of lime-juice or good vinegar. With this composition the body is to be rubbed entirely over, until it shall produce a sufficient demonstration of excitement and pain.

Dr Hancock gives several case histories of patients treated under this regime.  One of them was a Creole (mixed-race) boy called Wellington, who was suffering from ‘a vehement attack of pleurisy’: 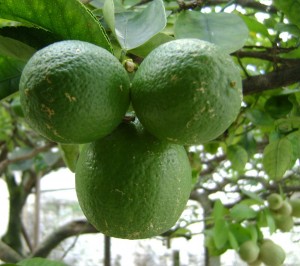 He came into the Hospital and was bled twice the same day, and was blistered on the next, with a smaller bleeding, and blister repeated, and glysters [enemas], nitre, and antimony, from the first, with barley-water, etc. On the third day his respiration was difficult and painful; the fever and all the symptoms were greatly aggravated; his appearance was ghastly, his tongue dry, and he swooned on silting up in bed. This afternoon I directed frictions with bruised pepper (capsicum frutescens), and the lime-juice. It was faithfully executed by the sick-nurse, who followed up this idea, had withal bound up his feet, legs, and arms, with the same composition, as a cataplasm. I found him now to my surprise, sitting up and free from complaint, with composed, easy respiration, and no fever and saying he felt no pain. The sick-nurse said he appeared to derive sensible relief at about eleven o’clock the preceding night, the hour in which the fever and other symptoms had been aggravated on each preceding night.

In this case I remarked that the sick-nurse seized the idea, and commenced the process with alacrity, owing to her having witnessed its success in two former similar cases of forlorn hope, in which I had prescribed the pepper friction, and in each of which it was applied over the whole body, and often repeated. I accordingly found powdered pepper now sticking all over the boy’s skin. And I was told that he complained of nothing from this time but hunger and the heat of the pepper.

Dr Hancock concludes with another case – a boy by the name of Christmas, a worker at the Anna Regina plantation on the coast of Guyana.

This lad, (about fifteen years of age,) recovered from the most hopeless state of inflammation which I ever knew, or which it is possible to conceive one to escape from. The patient was in the latter stage of measles, and the inflammation of the pulmonary organs was in this case, so excessive that the patient could scarcely breathe, and was nearly suffocated; had constant fever, dry skin, parched tongue, and such a metastasis on the brain as rendered him delirious and perfectly insensible for about two days. Both the pulse and respiration were nearly extinct. His eye was glassy, and covered with a film; his appearance, in short, was most cadaverous; he was totally unable to swallow, and the raucum or rattle in the throat, withal announced a speedy dissolution.

Mr. Gordon, the hospital attendant, observing that I had omitted this patient in the prescription-book, inquired if any attempt should be made to give him any thing, as cold water, his mouth being dry and parched. I told him, that would only add to his distress by impeding respiration, as we had just witnessed, that nothing could possibly be of any avail; but if he pleased he could try the rubbing with pepper and lime-juice. Having seen its effects at Hampton Court,

Another Guyanese plantation, rather than the palace on the Thames.

he commenced instantly (having two assistants employed), and diligently repeating it over the whole body. The patient was entirely insensible to its stimulus until many applications had been made, but the following day he began to shew signs of pain, and soon afterwards he spoke, and complained of the smarting over all his skin. From this period the fever abated, the tongue became moist, and perspiration ensued. On visiting him the next day, he was sensible, and raised himself in bed, and said he must have some soup and wine, which were instantly brought him; he actually appeared like one risen from the grave. The fever and all other signs of inflammation had vanished; he complained of no pain; coughed, with a copious expectoration, which at first was dark and foetid. The rubbing was still repeated two or three times a day, and, although reduced almost to a skeleton, his recovery was rapid and perfect. Mr. Frost, the manager, and Mr. Gordon and others, can attest the truth of this extraordinary recovery. It was, however, only by the most diligent and persevering application of the remedy that the patient was saved.

Sadly for Dr Gordon but luckily for his patient, the boy recovered – like all measles patients – through nothing more than the action of his own immune system.

In fine, I have found the above practice most effectual and decisive, altogether, I may say, without a parallel, not having been disappointed in a single instance; and it has been to me a source of high gratification to see patients brought round, under its use, from the most desperate conditions, and such as I had ever before considered to be utterly past recovery.

Dr Hancock became so obsessed with his ‘remedy’ that he wrote a whole book about it. It seems to have died with him.

One thought on “Medicine or marinade?”