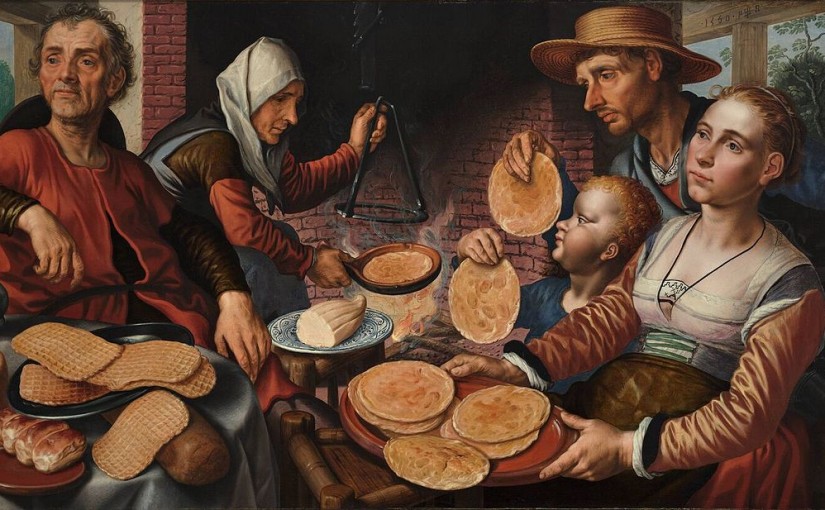 It being Shrove Tuesday, I thought I’d write a short post about pancakes. Not how to make them, or the reasons for eating them today, but their little-known nineteenth-century medical uses. Yes, really.

Oddly, the pancake enjoyed a short-lived vogue in the world of gynaecology and obstetrics.  Why it should have been particularly associated with female reproductive disorders is anybody’s guess. William Heath Byford, the most eminent gynaecologist of his day, recommended them in his book The Practice of Medicine and Surgery Applied to the Diseases and Accidents of Women (1865). In a section devoted to agalactica (absence of maternal milk), he recommends the following: 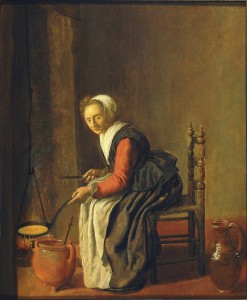 Well-directed and persevering efforts at suction, with the child’s or other person’s mouth, is one of the most effective as well as entirely natural stimuli to the flow of milk. The child should be applied at intervals of four or five hours for a number of days. In the intervals of nursing the breasts should be oiled and fomented with warm water, or poulticed with some warm emollient substance. A thick pancake applied warm, and replaced with another soon as it becomes cool, is an excellent means of promoting the secretion of milk. They should be persevered in for one or two weeks, or until the secretion is established.

One imagines that a continuously available supply of warm pancakes, continued for a fortnight, would have required an extremely devoted husband or a full-time cook.

In addition to pancakes, Dr Byford recommends passing electricity through the breasts, or rubbing them in castor oil. As for diet – not pancakes, but

Chocolate, milk, and, if the patient is weak, lager beer, porter, ale, of the malt liquor kind.

Sounds a pretty good invalid diet to me. But I’d rather eat the pancakes.

It’s possible that the origin of the American gynaecological pancake tradition – if we may call it that – was an earlier physician from Philadelphia, William Potts Dewees. In his influential A Treatise on the Diseases of Females (1826), Potts makes a similar recommendation for a different disorder.  In a chapter on hysteritis (an archaic term meaning inflammation of the uterus), he has this to say:

In such cases of hysteritis as may be accompanied by afterpains arising from coagula [clots] within the uterus, which is known, as we have said, by its alternate movements, we have seen an application of dry, or merely moist substances, very useful; by promoting the contractions of the uterus so as to expel these foreign bodies. The one we have most commonly used is the “tansy pancake.”

Tansy is a flowering plant, a common hardy perennial found all over Europe. It has been used medicinally for thousands of years, although evidence-based medicine has largely abandoned it today.

This is made by mixing flour and water together to the consistence of a batter, and adding to it a quantity of tansy; and then to be fried like a pancake; but made much thicker; (say half an inch,) when done, it is to be placed between two cloths, and is applied to the abdomen. Under the circumstances, for which we recommend this application, it will, we think, he found highly useful; at least it has proved repeatedly so with us.

This remedy appears to have been the invention of Dr Dewees – or at least he was its main proponent; journals and other textbooks of the era refer to the Tansy pancake as his remedy.

Pancakes might have been useful when used like a warm flannel; but it seems that patients were not allowed to eat them.  This is from The Family Doctor, an encyclopaedia of domestic medicine aimed at the lay reader and published in 1858:

PANCAKES.  Are decidedly unsuitable for invalids; the forms of making them vary greatly: in most of them wheaten flour forms the principal foundation, combined with eggs, milk, and butter, dripping or lard; they are lightest, when made with perfectly clean, newly-fallen snow, and most wholesome with a little salt and ginger added.

Right, I’m off to the supermarket to buy some newly-fallen snow.