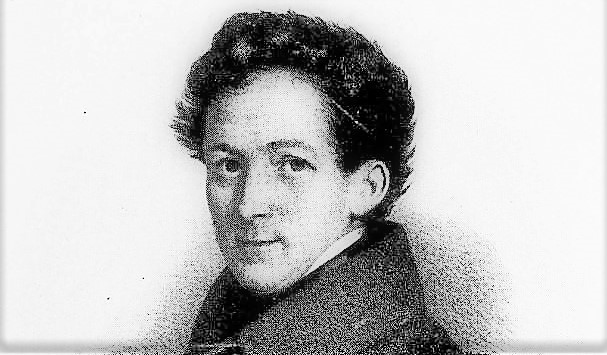 The French surgeon Jules Germain Cloquet was a man of many talents. A member of the Paris Academy of Medicine, he made his name as an authority on hernias and took an interest in the latest medical developments: in 1829 he even performed a mastectomy on a patient who had been hypnotised to feel no pain. But he was also a gifted artist, renowned for his accurate depiction of human anatomy. His Anatomie de l’Homme is one of the great anatomy books of the nineteenth century; the huge five-volume work took almost a decade to complete, and Cloquet supplied more than five hundred of the illustrations himself.

This case, published in the Nouveau Journal de Médecine in 1820, gave Cloquet a chance to show off his skill both as clinician and draughtsman:

On November 27 1819, a technician at the Théâtre de la Gaîté by the name of Froencourt, aged 36 and endowed with a vigorous constitution and sanguine temperament, was directing a change of scenery when a trapdoor he was standing next to opened suddenly.

The Théâtre de la Gaîté was a major theatre of Paris – and one of the few to escape Napoleon’s 1807 decree which drastically reduced their number.

He lost his footing and fell into this opening in such a way that his fall was broken by his chin, while the trapdoor, which weighed more than 300 pounds, fell perpendicularly and with great force on the upper part of his skull. This unfortunate man was thus left hanging by his head until he could be freed.

Dr Cloquet supplies a pencil sketch to help his readers visualise the situation. It is certainly vivid, although perhaps introduces an unfortunate comic note.

He had lost consciousness; he was bleeding heavily from his ears, nose and mouth. His comrades took him immediately to the Saint-Louis hospital, where he gave all the indications of violent disturbance of the brain. He had not regained his senses, lay motionless on his back, and occasionally uttered a plaintive cry. His breathing was shallow and laboured; his pulse frequent and tight, his pupils dilated; the patient, plunged into a deep coma, did not answer questions addressed to him.

It sounds serious, and a modern doctor would no doubt fear a major brain injury. The signs, however, were not as bad as the doctors might have feared:

We carefully examined the skull: he displayed no trace of external injury or sign of fracture.  The patient was freely bled from the arm; Professor Richerand gve him a mustard footbath, and administered emeticised whey.

Standard treatments of the time. The mustard bath was thought both to stimulate and to draw out toxins from the body; the whey was a strong laxative.

He remained in the same state, without any improvement, until the next morning; he then had several copious stools which brought a notable alleviation of symptoms.

Although evidently concussed, the patient seems to have avoided any major brain trauma. Now, however, large bruises appeared below both eyes and round his nose.

By carefully examining the interior of the mouth we recognised a fracture of the syncranial jaw. The upper and lower maxillary bones, still possessing all their teeth, had at first appeared free of injury; but taking the upper incisors between the fingers, and moving them back and forth, the whole dental arch was made to move about two or three lines, and this caused the patient severe pain. Vertical motion was less apparent: if one pressed the teeth from the bottom upwards, the suffering became extremely acute.

These were all signs of significant fracture to the upper jaw.

No crepitation was heard, but the hand felt that peculiar sensation which, in cases of fracture, accompanies the rubbing of the fragments against each other.

The fractures were limited to the maxilla: the cheekbones and other bones of the upper part of the skull were all unbroken.

The lower jaw was perfectly intact, only a significant contusion with bruise was noted at its base, at the place that had landed on the edge of the hatch. The patient had regained his senses thirty-six hours after the accident.

The doctors were still worried about his pulse, which was described as ‘full and frequent’. So the patient was put on a rigorous diet, bled again and given more laxatives.

The fracture remained very mobile. The quantity of food was increased in following days. On the twentieth day the bruises of the base of the orbits were almost entirely dissipated, and the fractured bones presented only a rather faint mobility; nevertheless, the patient still felt severe pain when they were moved, or when he tried to chew hard objects. After thirty days the bruises had completely disappeared, as well as the mobility of the bony parts, but mastication of solid objects was still impossible.

After a month in hospital Fromencourt was released from hospital, his fracture finally healed.

I presented this patient to the members of the Society on January 6, 1820, forty days after the accident. The upper alveolar ridge no longer showed signs of mobility. The patient could not chew without pain, except for soft objects such as breadcrumbs; in other respects his health was perfectly restored, and he had resumed his daily activities.

Another example of the old medical adage that sometimes the best treatment is no treatment at all. Today, no doubt, a maxillofacial surgeon would do a beautiful job of repairing the damage, helping the patient to recover more quickly and completely; but two hundred years ago this was hardly an option.

Dr Cloquet’s article concludes with an analysis of the injury from an anatomical point of view. It is indeed remarkable that M. Fromencourt escaped with his life, and Cloquet devotes considerable thought to the way in which the force exerted by the massive trapdoor acted on his skull. The unusual mechanism of the injury resulted in most of the energy being absorbed by the upper jaw rather than by the cranium – saving the patient from a skull fracture and a catastrophic brain injury.

One thought on “Jules Cloquet: the surgeon as artist”