It seems appropriate on a Friday to share this warning about the dangers of binge drinking, from William Buchan’s Domestic Medicine.  Published in 1808, and aimed at the patient rather than the doctor, this book offers advice on treating the commonest ailments, as well as such matters as clothing, diet and personal hygiene.

Dr Buchan was evidently no fan of booze. The chapter on temperance is a lengthy polemic on the evils of alcohol.  Here’s a taster:

Drunkenness not only proves destructive to health, but likewise to the faculties of the mind. It is strange that creatures who value themselves on account of a superior degree of reason to that of brutes, mould take pleasure in sinking so far below them. Were such as voluntarily deprive themselves of the use of reason, to continue ever after in that condition, it would seem but a just punishment.  It is amazing that our improvements in arts, learning, and politeness have not put the barbarous custom of drinking to excess out of fashion. It is indeed less common in South Britain than it was formerly; but it still prevails very much in the North, where this relic of barbarity is mistaken for hospitality.

The next sentence expresses cautious but sadly misguided optimism. How many times have we heard this sentiment?

The custom of drinking to excess has long been out of fashion in France; and as it begins to lose ground among the politer part of the English, we hope it will soon be banished from every part of this island.

The effects of intoxication are often fatal. No kind of poison kills more certainly than an overdose of ardent spirits. Sometimes by destroying the nervous energy, they put an end to life at once; but in general their effects are more slow, and in many respects similar to those of opium.

How to deal with somebody who is dangerously drunk? Dr Buchan’s advice is not very far from what is still recommended today. 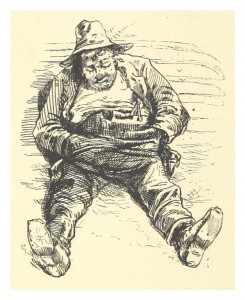 More of those unhappy persons, who die intoxicated, lose their lives from an inability to conduct themselves, than from the destructive quality of the liquor. Unable to walk, they tumble down, and lie in some awkward posture, which obstructs the circulation or breathing, and often continue in this situation till they die. No drunk person should be left by himself, till his clothes have been loosened, and his body laid in such a posture as is more favourable for continuing the vital motions, discharging the contents of the stomach, &c. The best posture for discharging the contents of the stomach is to lay the person upon his belly; when asleep he may be laid on his side, with his head a little raised, and particular care must be taken that his neck be no way bent, twilled, or have any thing too tight about it.

Dr Buchan concludes with a case of from his own practice, in which he was summoned to look after an intoxicated youth:

A young man, about fifteen years of age, had, for a hire [dare], drank ten glasses of strong brandy. He soon after fell fast asleep, and continued in that situation for near twelve hours, till at length his uneasy manner of breathing, the coldness of the extremities, and other threatening symptoms, alarmed his friends, and made them fend for me. I found him still sleeping, his countenance ghastly, and his skin covered with a cold clammy sweat. Almost the only signs of life remaining, were, a deep laborious breathing, and a convulsive motion or agitation of his bowels.

Although much of Dr Buchan’s advice is sensible, the treatment he offered this patient would probably get him struck off today:

I tried to rouse him, but in vain, by pinching, shaking, applying volatile spirits, and other stimulating things to his nose, &c. A few ounces of blood were likewise let from his arm, and a mixture of vinegar and water was poured into his mouth; but, as he could not swallow, very little of this got into the stomach. None of these things having the least effect, and the danger seeming to increase, I ordered his legs to be put into warm water, and a sharp clyster [enema] to be immediately administered. This gave him a stool, and was the first thing that relieved him. It was afterwards repeated with the same happy effect, and seemed to be the chief cause of his recovery.

He then began to shew some signs of life, took drink when it was offered him, and came gradually to his senses. He continued, however, for several days weak and feverish, and complained much of a soreness in his bowels, which gradually went off, by means of a slender diet, and cool mucilaginous liquors. This young man would probably have been suffered to die, without any assistance being called, had not a neighbour, a few days before, who had been advised to drink a bottle of spirits to cure him of an ague, expired under very similar circumstances.

Drinking a bottle of spirits to cure a fever = not recommended. Please bear this in mind this Friday evening. 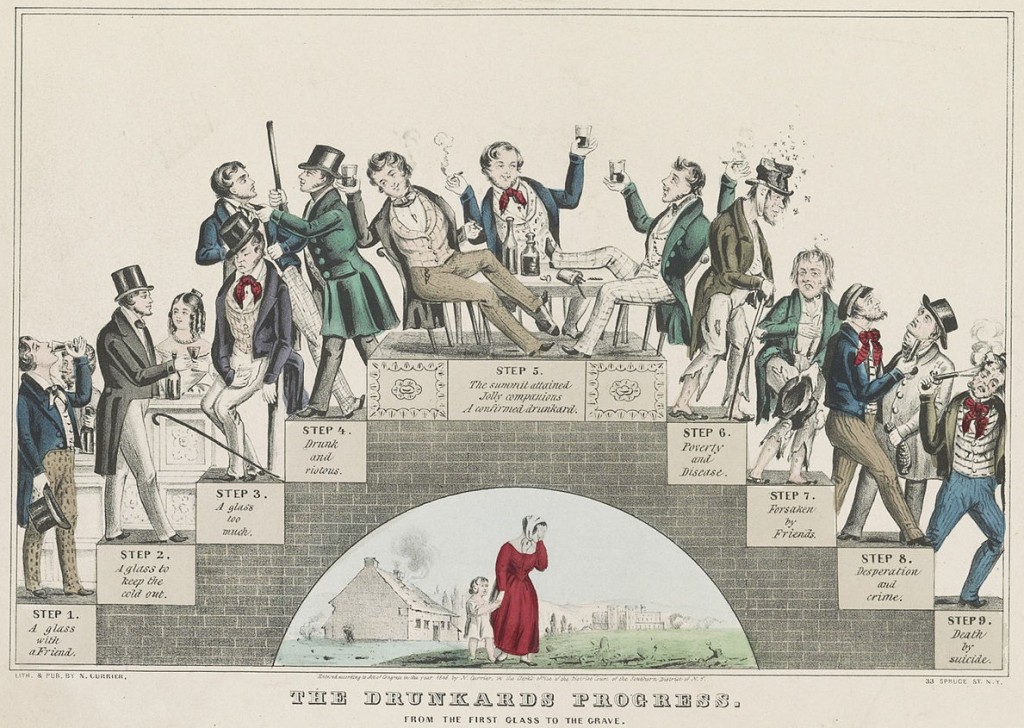 One thought on “In praise of temperance”