A short but – to me – fascinating article from the Medico-Chirurgical Review. Surgeons are now quite adept at reattaching fingers, toes or even entire hands after cases of accidental amputation, assuming the separated part has been carefully preserved: celebrated cases include Arsenio Matias, who had both hands reattached after an industrial accident, and Everett Knowles, the first patient to lose and then regain an arm.  But this operation, recorded in 1841, is an unusually early example – conducted without anaesthesia – of a successful reattachment of a finger. 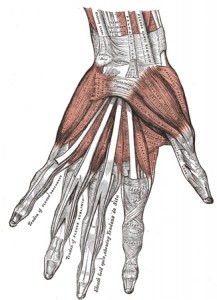 A joiner of middle age, and apparently healthy constitution, while splitting wood with an axe, cut through the index finger of his left hand, between the first and second phalanges. He lifted the separated part from among the shavings, and immediately walked a few yards to a place where Mr. Graham happened to be. Being asked for the amputated portion, he took it from his waistcoat pocket, and laid it on the table. Mr. Graham fixed it on by two sutures, and adhesive strap, and on the fourth or fifth day, a pair of scissors being applied to the point of the finger, he distinctly felt them. Complete union took place, with restoration of the powers of the part which had been separated.

If you’re going to cut off a finger, it’s not a bad idea to do it a few yards away from a competent surgeon.