Things have been quiet here for the last couple of months. I’ve been busy with a few other projects, including putting the final touches to my latest book The Dublin Railway Murder, which will be out later this year. My publishers Harvill Secker have done a wonderful job with the cover design, which I am delighted to be able to share with you: 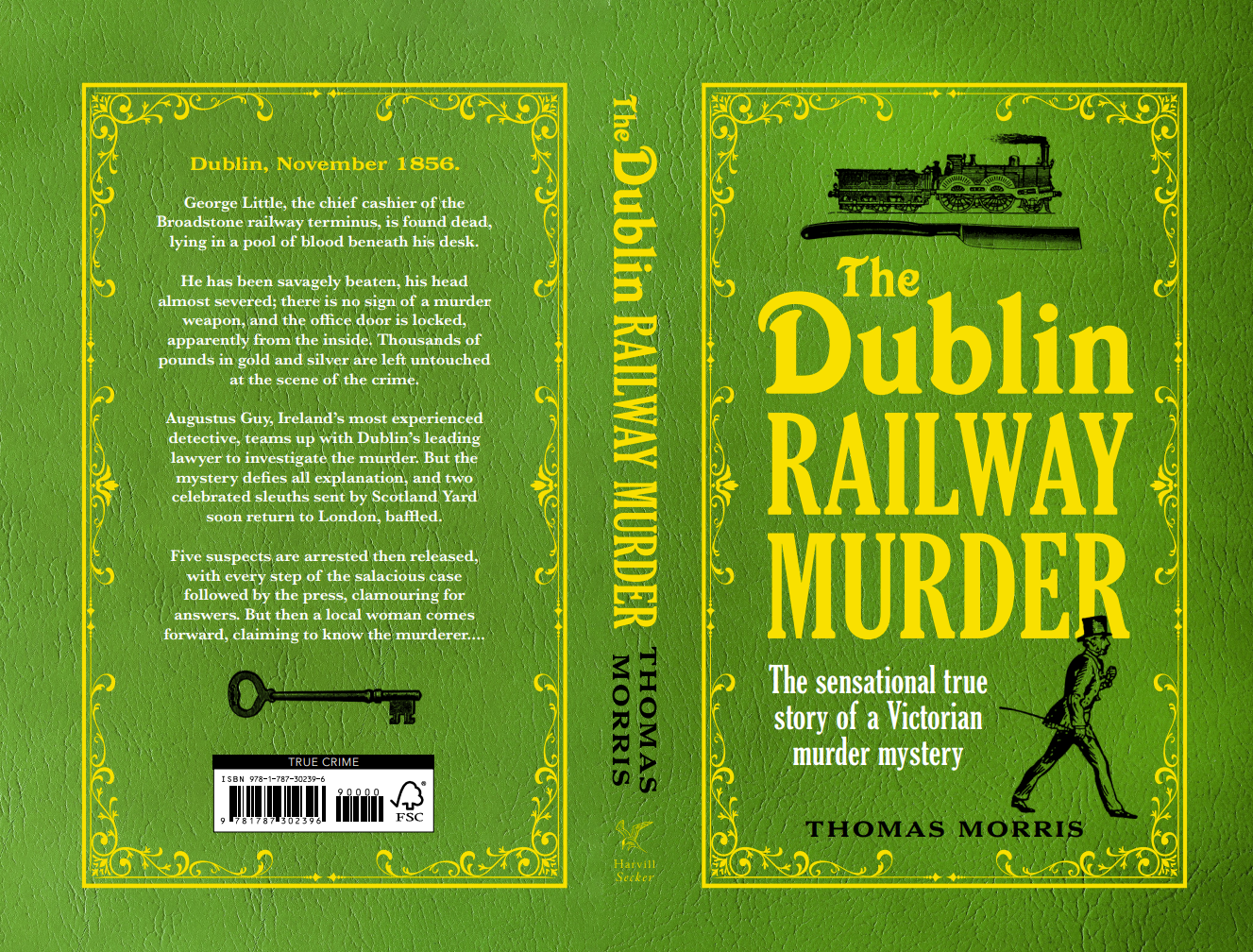 The book tells the story of an extraordinary real-life murder mystery that took place in Victorian Dublin. In November 1856 the chief cashier of the Great Midland Railway was found dead in his office at the Broadstone terminus. The room was locked, the key missing, and thousands of pounds in cash had been left untouched. The subsequent murder inquiry was the most elaborate and complex in the city’s history, involving numerous suspects and false trails. After six months, numerous arrests and half a dozen plausible suspects, the police were no nearer finding the killer. And then a local woman came forward, claiming that her husband was the murderer…

It’s a remarkable tale, with an unlikely role for Frederick Bridges, one of the era’s leading phrenologists – a man who believed that it was possible to identify a criminal by examining the shape of his skull – and culminating in a dramatic murder trial that was reported by every major newspaper in Britain and Ireland.

Eighteen months ago I visited Dublin and discovered an extraordinary cache of documents about the case – court transcripts, police interviews, secret government correspondence and surveillance reports – which made it possible to reconstruct the entire murder inquiry in vivid detail.

The Dublin Railway Murder will be published in early November 2021 – you can preorder a copy now from your local bookshop, or by following this link.