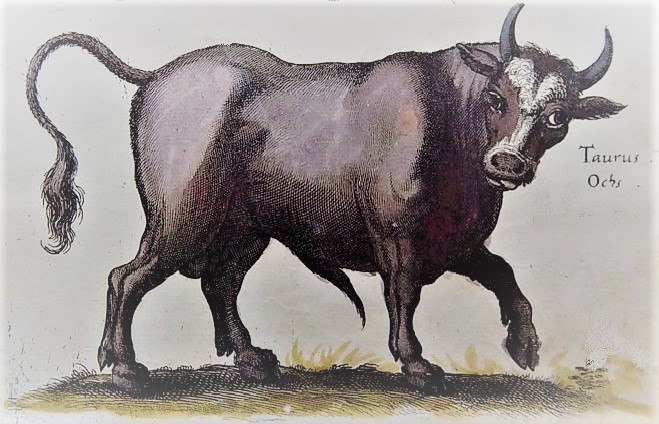 In 1863 a surgeon from the small German town of Gräfenhainichen, Herr Geissler, wrote to one of the Berlin journals to share an extraordinary tale he had encountered in his practice. The publication to which he submitted the case  Monatsschrift für Geburtskunde und Frauenkrankheiten, was devoted to gynaecology and obstetrics and indeed this story is about childbirth – though it’s far removed from any anecdote about that joyous event that I’d ever read before:

On the afternoon of October 15th the children of Herr Hüfner were playing in the farmyard when one, a little girl, suddenly heard screams, like the wailing of a cat, which appeared to come from the stable in which the village bull was kept.  The girl went into the stable, but immediately came out again and shouted to a nearby servant: “The bull has trampled my mother”.

Alas, she was absolutely correct. When the servant ran in to investigate, a scene of horror awaited him.

He went into the stable accompanied by a stranger who happened to be present, and found the wife of Herr Hüfner hanging on to the chain to which the bull was attached, but already dying and taking her last breaths. On the floor beneath the manger, close to the bull, lay a newborn child, covered in blood and dung but otherwise unharmed.

Appalled, the servant called for assistance  Both mother and child were carried indoors, whereupon the latter started to scream. The woman made no sound, however: for her it was too late.

The injuries of the dead woman were as follows: the horn of the animal had penetrated a few inches below the edge of the lower ribs in the right hypochondrium, as evidenced by the inward-facing torn edges of the wound, and had torn the parietes in nearly a transverse direction as far as the left side.

The parietes is the abdominal wall. This was a ghastly and extensive injury, and the poor woman stood no chance of survival.

The  intestines were torn and extruded. The upper part of the uterus was completely missing, except a portion on the right side which apparently had part of the placenta still adhering to it.

A young life extinguished – but the tragedy was not as total as it might have been:

A male child was thus discharged, completely healthy and unharmed, with the umbilical cord wrapped several times around his neck; at the other end was a torn piece of the placenta.

The bull had gored a woman to death, but somehow spared her unborn child.  A one-in-a-million chance.