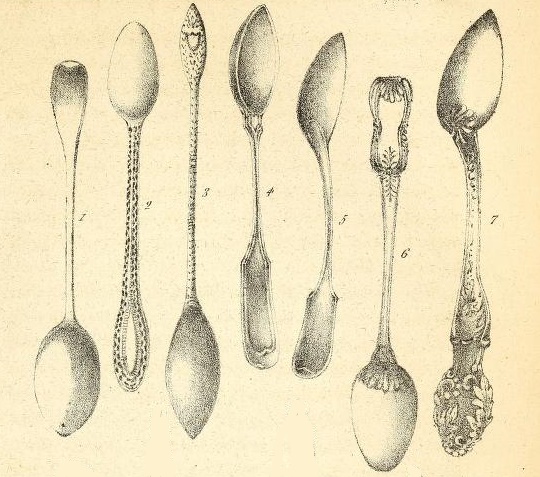 When Dr Samuel White, a doctor from the town of Hudson in upstate New York, took on this case in 1806 he got more than he bargained for. He reported the unusual circumstances in The Medical Repository the following year:

May 22nd, 1806, George Macy, aged twenty-six, became a patient of mine, with a rheumatic white swelling of the left knee; an exostosis of the left tibia, about two inches above the inner ankle; with extensive ulcers, situated on the anterior and middle part of each leg.

An exostosis is a benign growth of new bone on the surface of a bone. The patient told his doctor that the pain had started a couple of years earlier, after he had sprained his knee while on a ship sailing from London to New York. The joint was now swollen to twice its normal size. Dr White applied blisters and dressings to the knee, and directed Macy to take laxatives and other medicines. Despite this treatment, his patient took a turn for the worse:

Under this treatment, which was pursued to June 20th, four weeks, he was apparently recovering in every respect; when a trifling exposure to the changes of the atmosphere produced a sudden translation to different parts of the system, and excited again to action every latent spark of his continual complaint—inflammatory rheumatism, with astonishing severity.

The doctor’s diagnosis was probably correct: rheumatic fever. Interestingly, this is a disease whose pathogen and symptoms have evolved over time. This case is typical of the earliest descriptions in the 18th century, which were characterised by joint pain and fever. Around 1800 doctors started to notice that rheumatic fever was now causing endocarditis – inflammation and degeneration of the heart valves. Later the disease changed again, and neurological symptoms (e.g., the strange jerky movements of St Vitus’ Dance) came to the fore.

Dr White’s patient was now seriously ill, and fading fast. In desperation the doctor called in a colleague, but to no avail:

The violence of his disease, and his inability to receive medicine, seemed to thwart every exertion to give relief, and palliatives only were admissible. He seemed to be rapidly sinking, and but small hopes were entertained of his exhausted powers withstanding any longer this extreme torture; an imperfect crisis, however, was unexpectedly formed, followed by a watchful delirium, and an artful disposition to procure some instrument of death. Being unable to turn himself in bed, there was no suspicion of danger.

And then things took a bizarre turn.

July 7th. The night following this extraordinary change, he procured a full sized tea-spoon with some fruit jelly, and impracticable as it may appear, forced it down his throat, while his attendant was gone, by his request, to the opposite side of the room for water. His struggles were violent, and he apparently suffocating, when, by the force of his fingers against the handle of the spoon, he crowded it so far as to suffer it to pass into the stomach before his friends could be gained to give his attendant assistance.

You’d really have to be in dire straits to contemplate suicide by teaspoon.

In this deplorable situation I was immediately requested to visit him. He was greatly agitated—talked much—believed he had gained his point, and declared that no attempt of ours could rescue him; which, at the time, I considered too true.

After a brief period of delirium the patient rallied; then he suffered spasms, which the doctor believed were caused by the spoon passing through the stomach.

He now became rational, his fever formed a perfect crisis; he recounted the past transaction with extreme sensibility, and expressed great anxiety for relief. I waited the efforts of nature, assisting her with oily and mucilaginous substances, which served to remove the constipated state of the bowels, and to guard against any corroding effect of the metal. His ulcers soon healed, and he continued to gain in health and strength until the 25th, when a cutting sensation, confirmed by pressure of the hand, when in a stooping position, led to a discovery of the situation of the spoon in one of the last circumvolutions of the intestinum ilium, near the line dividing the right iliac and hypogastric regions.

The spoon had lodged at the bottom of the small intestine, probably because it was unable to pass through the ileocecal valve, which separates the ileum from the cecum, the upper section of the large intestine.

It remained in this fixed position, with increased heat and irritation in the adjacent parts, till August 7th. Fearing that any further delay might endanger success, and he being resolutely determined to suffer everything for relief, accompanied by the consulting physician, I had recourse to an operation as the dernier resort.

If you’re going to be all fancy and use the French idiom, it’s spelled ‘ressort’. Bear in mind that this is 1806, 40 years before the advent of anaesthetics.  Dr White makes no mention of the patient’s demeanour, but this undertaking would have been excruciatingly painful. The doctor made an incision at the spot where he believed the spoon to be and opened the peritoneum, the membrane lining the abdominal cavity. He then

pierced the intestine with the lancet over the end of the handle, and extracted it in the same direction with the forceps. I then laid the divided edges of the intestine directly opposite, and secured them with the glover’s stitch—dressing the external wound with slips of adhesive plaster and lint.

Dr White dressed the wound and

applied a liniment composed of camphorated oil, volatile spirits of ammonia, and laudanum, equal parts, to the diseased joint and limb, which became more painful and contracted while labouring under the irritation of the spoon. Under this treatment, his wound healed by the first intention; his knee became almost free from pain, and with the use of mild preparations of bark, he was soon able to move on his crutches, and ride abroad.

The crisis was over; the patient now made a rapid recovery.

In September I applied a large stimulating plaster to the knee, and he soon after left this place for Nantucket, to gain the benefit of a sea-breeze; since which I learn he continues to recover, though much doubt remains in my mind as to the security of the limb.

One thought on “Attempted suicide by spoon”