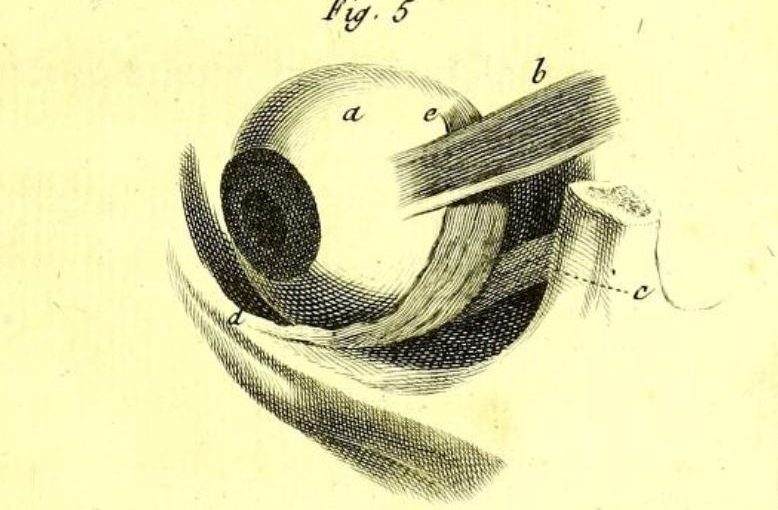 Charles White was an eminent Manchester surgeon of the eighteenth century. As a young man he studied anatomy in London with William Hunter, and became friendly with William’s brother John, the outstanding medical scientist of the age. Returning to Manchester, he set up in private practice and co-founded the city’s infirmary in 1752. He also attained considerable fame as custodian of the Manchester Mummy, the embalmed remains of his patient Hannah Beswick – which were kept (in accordance with her wishes) in an old clock case in White’s house in Sale.

Charles White is mostly remembered today as an influential figure in midwifery, but he was also an accomplished general surgeon. In 1770 he published Cases in Surgery, with Remarks – a collection of notable case reports drawn from his own practice. They include this unusual side-effect of smoking a pipe:

C.D. applied to me about ten or twelve years ago, upon account of the following remarkable accident which had just happened. As he sat in company a person thrust the small end of a tobacco pipe through the middle of his lower eyelid.

We must assume that this event was genuinely accidental rather than the climax of an argument. The patient was lucky: somehow the globe of the eye had not been damaged. The pipe stem had passed downwards through the bony ridge that forms the base of the orbit.

The pipe was broken in the wound, and the part broken off, which from the examination of the remainder appeared to be about three inches, was quite out of sight, or feeling; nor could the patient give any account of what was become of it.

Where had it gone? My guess would be that it had disappeared into the maxillary sinus, one the large bony cavities at the front of the skull. If you disagree with this amateur diagnosis, please feel free to tell me in the comments!

The eye was dislocated upwards, pressing the upper eyelid against the superior part of the orbit; the pupil pointed upwards perpendicularly, if the musculus deprimens was upon the full stretch, and the sight of the eye was entirely taken from him.

The ‘musculus deprimens’, now known as the inferior oblique muscle, is one of six muscles that control the movements of the eye. This sounds an unpleasant injury to suffer: the pipe had almost gouged the eyeball out of the poor man’s head.

I applied one thumb above and the other below the eye, and, after a few attempts to reduce it, the eye suddenly flipped into its socket.

With a satisfying ‘pop’, I hope.

The man instantly recovered his perfect sight, and felt no other inconvenience than that of a constant smell of tobacco smoke in his nose for a long time after; for, as he informed me, the pipe had just been smoked in before the accident.

A lovely detail. Bear in mind that this was not his own pipe but somebody else’s, so he was effectively condemned to inhaling somebody else’s stale tobacco smoke indefinitely. The patient was now in perfect health, if you overlook the fact that he had a three-inch section of his friend’s pipe stuck somewhere in his skull.

About two years afterwards he called upon me to acquaint me, that he had that morning, in a fit of coughing, thrown out of his throat a piece of tobacco-pipe, measuring two inches, which was discharged with such violence as to be thrown seven yards from the place where he stood.

Even allowing for the poor man’s discomfort, this sounds like a sight worth seeing.

In about six weeks he threw out another piece, measuring an inch, in the same manner, and has never since felt the least inconvenience.

The surgeon remarks that although the word ‘dislocation’ is usually applied to bones, in this case he can think of no more appropriate term:

I believe we have here an accident that was never described by any author, but the eye was certainly as much dislocated as ever a joint was and the etymology of the word will undoubtedly bear the application I have given it.

White adds that he was not surprised that the muscles of the eye could recover from being stretched in such a manner, but he was amazed that the optic nerve was not damaged by being so suddenly elongated. He concludes that the man’s sight was only saved by the speed with which he was able to seek medical assistance.

It was luckily indeed not above half an hour in this unfortunate situation; had it been longer, in all probability, the event would not have been so happy for my patient.

A highly unusual illustration of the dangers of passive smoking.